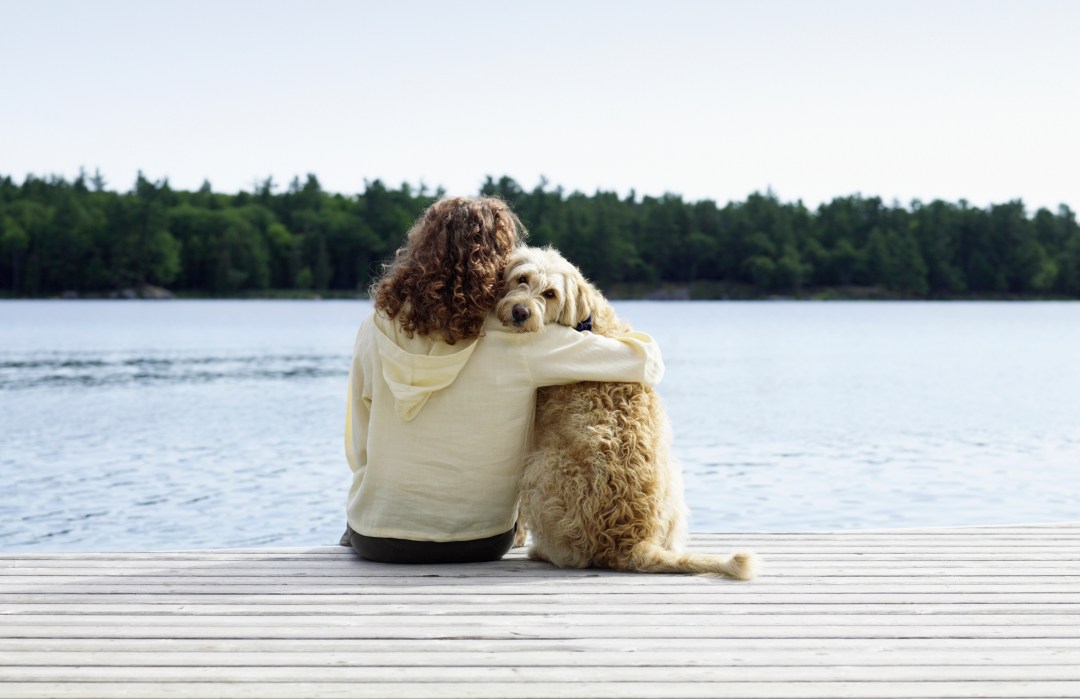 It’s a drizzly, cold morning and I’m watching my little one play in the leaves. ‘How old?’ asks a smiling woman, strolling towards me. ‘Still a baby,’ I say, dashing over as Lola lunges into a muddy puddle. ‘Just you wait for the teenage phase,’ she says. ‘That’s when I nearly handed Bertie back!’ I look behind her as Bertie bounds towards us, all long limbs and scruffy hair, tongue hanging out of his open mouth. ‘Cute!’ I say, and she smiles proudly.

We’re talking about dogs, of course, although anyone listening might easily think we were new mothers, rehoming jokes aside. Since acquiring Lola the labradoodle, a lockdown puppy, my early morning pre-work routine involves a trip to the park or woods, where I invariably end up talking about feeding and sleeping habits, toilet training and behaviour with similarly obsessed, slightly crazed new puppy owners. After passing a few more pleasantries with Bertie’s mum, I do a couple of laps of the park, whizzing off the odd email as I walk, and wondering if Lola is tired enough yet: too soon and I’ll regret it in an hour, when I’m having a soggy ball repeatedly placed on my lap as I work. I think how it’s just like a decade ago when my children were toddlers… only this time I am, marginally, less tired.

Head to any park in the morning, especially during this National Walk Your Dog month, and you’ll probably find a similar scene. Recent figures show a steep increase in the number of dog adoptions and purchases since the pandemic, with the number of pet dogs in the UK rising from nine to 12.5 million between 2019 and 2021. It’s not hard to understand why, in these uncertain and anxiety-provoking times, many of us have felt the pull of a puppy. In numerous studies, pets have been proven to make us feel happier, providing company, and something to love and feel loved by. The vet Rory Cowlam, author of The Secret Life Of A Vet (Hodder & Stoughton, £9.99), has observed the rising number of new dog owners at his practice. ‘Some of it comes down to simply having more time to take on a new pet,’ he says, ‘but there is also a psychological aspect. The past couple of years have been stressful, and we know from studies and our personal experiences that dogs are excellent for our mental health and wellbeing. They help tackle depression and myriad mental health issues.’ 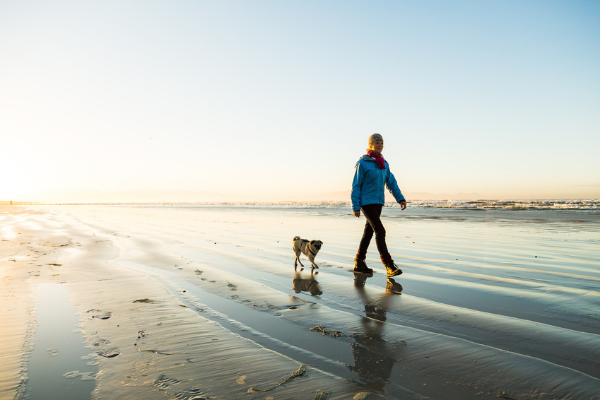 It’s probably unsurprising then that many of the new pup parents I meet in the park have teenage or grown-up children. ‘It’s nice to have someone in the house who’s pleased to see me when I get home from work,’ admits one guy I talk to, who has teenage girls who ‘rarely come out of their bedrooms apart from when they need money or lifts’. His dog looks up at him adoringly. ‘You love your daddy, don’t you, Monty?’ he laughs, but clearly there’s more than a grain of truth in it.

It’s not just empty nesters who are filling their quiet homes with the patter of tiny paws. Millennials are in on the act, choosing to get a dog rather than have a child during uncertain times. ‘So many couples get a dog as a bit of a trial for having a baby,’ says Cowlam. But while the number of people acquiring puppies rose, pregnancies have fallen, and in 2021 birth rates dropped to the lowest ever recorded, with the average child per family in the UK now just 1.5.

Whatever life stage you’re at, there are certainly plenty of positive reasons to own a dog. Apart from horses, they’re the only pet that ensures you get some daily exercise, with one study showing that dog owners take an average of 2,760 more steps every day and have around 30 minutes more activity. At this time of year, the difference is even more marked, when non-dog owners tend to reduce their exercise and time spent outdoors.

However, as anyone who has adopted a puppy will know, it’s not all fluffy cuddles. Dogs have a way of consuming your time beyond what you might envisage. They can’t be left on their own for too long, so those days out or evenings in the pub will require some forward planning, and dogs are a considerable expense. The early weeks can feel like a whirlwind of sleepless nights, toilet accidents, chewing and biting, not dissimilar to the first few months of parenthood. Then, just as you think you’re out of the woods, things regress as they hit adolescence. 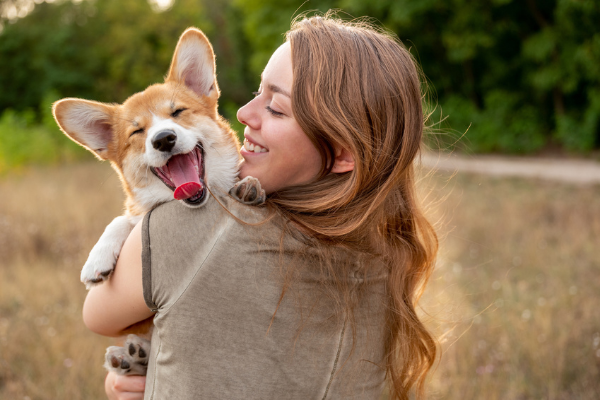 Anxiety among new dog owners is common and, according to Dogs Trust, many people who acquired puppies during the pandemic are having second thoughts. It reported a 182 per cent increase in traffic to the ‘giving up your dog’ pages on its website after restrictions lifted in the summer of 2021 as the reality of caring for a dog around work, family and social commitments became clear. Cowlam says considering factors such as time, space and expense before you commit to adopting a puppy is vital but, once you have a dog, so is being a relaxed pet owner. ‘I have clients who worry more about their dogs than themselves, or even their family. It can be really anxiety-inducing,’ he says. ‘And if you’re constantly anxious around or about your dog, they could develop behavioural problems. Being a constantly anxious parent can breed a poorly behaved dog.’

So why then, when our children finally become more independent, and we have the first taste of freedom in years, do so many of us go out and get a new puppy? ‘It is the era of people using dogs to mimic a baby,’ says Cowlam, who warns that while dogs can provide great companionship, over-humanising our pets can be detrimental to their general demeanour and health. ‘If we treat our pets like babies or children, they don’t always learn to socialise with other dogs, and this can form behavioural issues,’ he says. ‘Dogs can become so bonded to you that they become aggressive towards other people,’ he explains.

A closer look at the industry that is growing around our pet dogs, from special pooch pampering packages at hotels to a recent debate around whether people should be offered ‘pawternity’ leave, and you can see how we’re in danger of getting carried away and projecting human behaviour on to our dogs. As an attentive yet busy new puppy owner, it’s reassuring to hear Cowlam advise: ‘You’ve got to remember that dogs are dogs, and they will be fine. They don’t need to be with you 24 hours a day or given treats constantly,’ he adds.

There’s no denying that owning a dog is a big responsibility, but if you have the capacity for that, the rewards are even bigger. There’s no way I’d go out for a walk on a chilly, drizzly morning if there weren’t a pair of puppy-dog eyes gazing at me. And while it can feel like a chore, I always feel so much better afterwards, whatever the weather. I’ve even grown to enjoy the late nights and early mornings standing in the garden noticing the stars or listening to the dawn chorus while waiting for Lola to ‘do wee-wees’. And, well, having a warm, furry body curled up at my feet as I work never fails to make me smile. 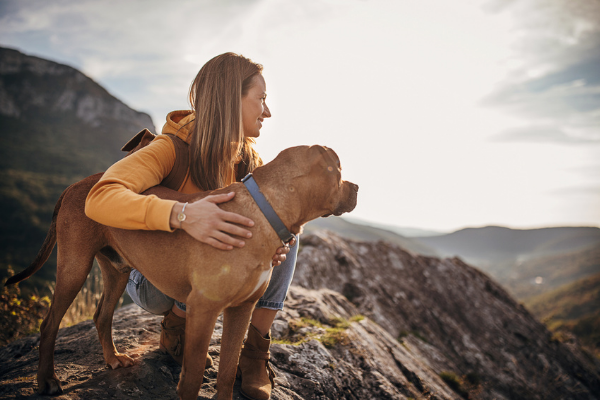 How to have a happy life with your dog

If your dog is suffering from post-lockdown separation anxiety, read on for advice on how to help your pooch adjust to days with a little less of you in them…

Is one dog year equivalent to seven human years? The simple answer is no. It might be a useful approximation for an adult dog, but it’s way off for the early stages of a dog’s life. For example, dogs hit puberty at around six months old – when was the last time you saw a three-year-old boy who needed a shave? A better way to think about it is to imagine that a dog has their 21st birthday when they turn two. After that, add five dog years for each human year that passes. For large breeds, it might be closer to six or seven dog years for every year, as larger dogs tend to have a shorter life expectancy, especially the giant breeds. Extract from What Dogs Want by Mat Ward (Bloomsbury, £12.99).

Read: What Dogs Want by Mat Ward (Bloomsbury, £12.99) is an easy and entertaining insight into the world of dogs from the dog behaviourist Mat Ward. Ward is based in Edinburgh and also does video consultations.

Visit: Dogs Trust offers advice on how to train and care for your dog and lists puppy training classes near you.

Watch: 12 Puppies And Us is a BBC series following 12 puppies and their owners in the first few weeks together.