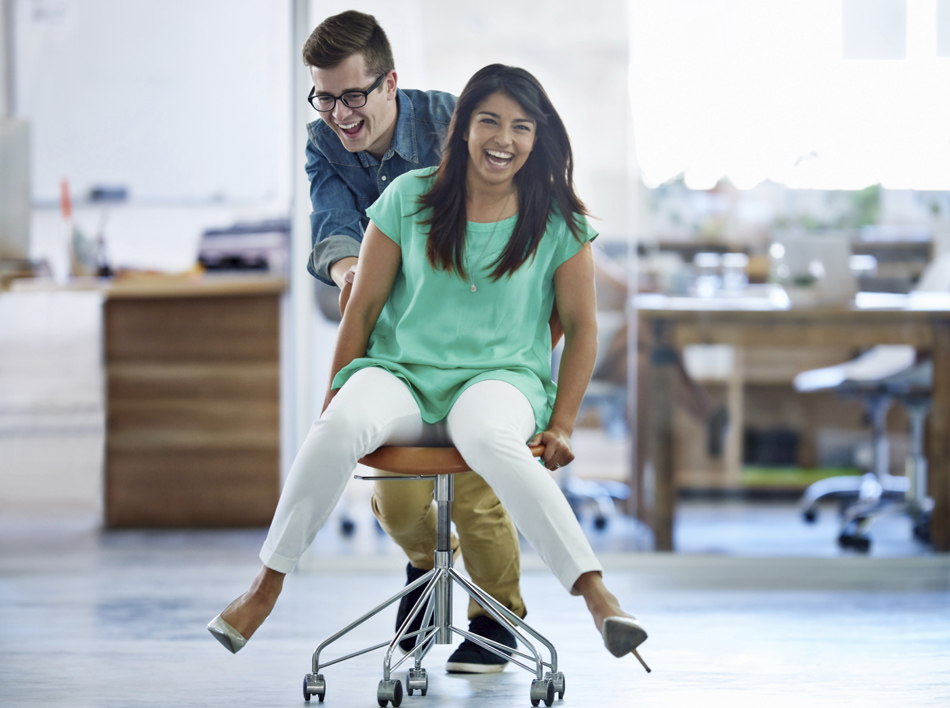 For true professionals, it’s assumed that you never show emotions or engage in cheerful banter in the workplace.

According to a survey by Andrew Tarvin of coaching company Humor That Works, less than a third of people use humour at work. This is perhaps because the thing we fear most is exposure of our weaknesses; bringing with it the terrifying possibility of very public, professional failure when it happens outside of the safe haven of home.

Yet we know from countless research that having a cheerful disposition is associated with enhanced work performance, satisfaction, health and coping effectiveness, as well as decreased burnout and stress. In 2010, Business Insider reported on a memo issued to employees by the HR department of Citibank, entitled, ‘What Women Do to Sabotage Their Careers’.

Among the 10 bullet points delivered was the assertion that women tend to ‘smile inappropriately when delivering a message, therefore not getting taken seriously’. For me, reading this ill-thought-out document brought to mind the film Patch Adams, where, threatened with being expelled from medical school, student doctor Patch finds a note in his personal file accusing him of ‘excessive happiness’ – an assertion that was intended to question his level of professionalism and aptness as a doctor.

Accepting that delivering news such as, ‘I’m so sorry, we are going to have to let you go’ with a wide grin constitutes inappropriate jocularity in the workplace, do we have anything to worry about?

The truth is, it’s hard for most of us to fight that inherent spontaneous smile. But while smiling is primal in nature, cheerfulness is an attitude you get to choose and display. Is doing so damaging to careers and indicative of non-professionalism? Should we throw our cheerfulness out altogether?

Some years ago I worked in an administrative role, supporting the pharmaceutical department of a large supermarket chain. One day a month I was tasked only with photocopying the staff newsletter and distributing it to all the stores, until I was caught talking to myself. ‘Who reads this thing apart from the pharmacists?’ I muttered, flicking through 40 pages of departmental updates and prescription data.

Then I heard a voice say: ‘Would you like to have a go at changing it?’ This unexpected reply had come from the chief pharmacist, who had been standing behind me, listening to me moaning. Without hesitation, and possibly high on photocopier fumes, I agreed.

What followed was a new era in the life of the pharmacy department newsletter; one that saw the back page transformed into a feature entitled ‘The Last Laugh’ – a series of pharmacy-themed anecdotes – as well as the ‘Lookie-Likey Competition Page’, which displayed photos of staff members, including heads of department, posted alongside cartoon characters they vaguely resembled. It required everyone – company executives and assistants alike – to allow colleagues to see them taking themselves less than seriously.

How was I allowed to get away with this? As it turned out, the newsletter was to become part of a much more elaborate drive that my progressive, forward-thinking employer had begun to adopt – a humour-in-the-workplace policy. We were tasked with being more cheerful in our work in order to drive productivity and improve job satisfaction. And it worked. Staff began enjoying their work more and retention rates were higher.

Most organisations don’t record how effective cheerfulness can be, but the Royal Navy does. Andrew St George, author of Royal Navy Way Of Leadership (Preface, £14.99), spent three years writing the Navy’s leadership manual, which is now issued to 15,000 naval staff.

‘Being cheerful is a choice. It has long been understood to influence happiness at work and therefore productivity,’ he writes. ‘The cheerful leader broadcasts confidence and capability; and good organisations instinctively understand this. In the Royal Navy, it is the captain, invariably, who sets the mood of a vessel; a gloomy captain means a gloomy ship. Cheerfulness allows for urgency and velocity when things are going well, and for mistakes and forgiveness when they are not.’

Also, let’s not forget the way humour and cheerfulness can break down barriers in group dynamics. Will Stockham is the managing director of Scottish Routes, a specialist company that offers small group adventures and whisky tours around Scotland. He says, ‘In my opinion, the idea that being cheerful and cracking jokes isn’t compatible with being professional and business-like couldn’t be further from the truth. It’s amazing how having an upbeat, jovial attitude can do wonders to break the ice, ensuring people feel relaxed from the very first meeting. This is especially important in my line of work, as many of our clients have opted to spend several days in the company of a group of strangers from all corners of the globe and a myriad of cultures. It can be hard to find common ground with people you’ve just met, but no matter where you’re from and what you do for a living, the one thing that unites us all is having a good old laugh at something.’

If you were to ask how employees’ perceptions of individuals in leadership roles were affected by my previous employer’s humour-at-work policy, I would say that barriers had started to break down, staff began relating to their line managers more easily and – perhaps mosr surprising of all – creativity was increased. Also, more suggestions for workplace and procedural improvements were forthcoming from everyone. In short, top-level management figures were perceived to be more approachable and the company as a whole benefited from a renewed enthusiasm and optimism from its employees that hadn’t always been so apparent before the policy was introduced.

So, can we all agree that a cheery disposition is, in fact, synonymous with professionalism and ability?

I leave you with my considered and extremely serious journalistic thought: the average child under the age of five laughs or smiles 400 times a day. That number drops to only 15 times a day by the time we reach 35. Which begs the question, why do we older folk have all the crow’s feet? 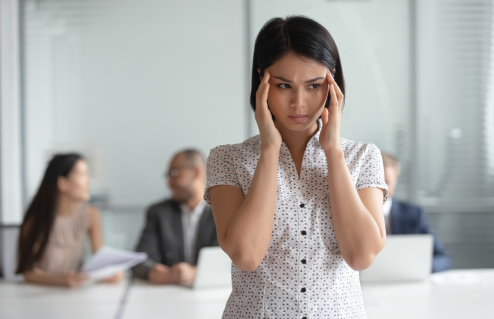 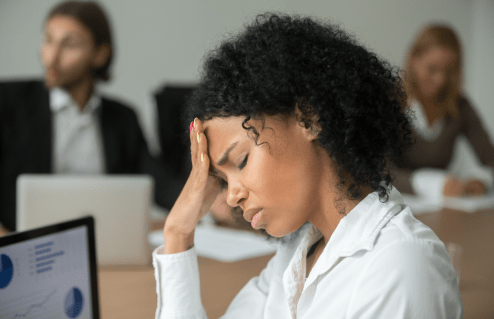