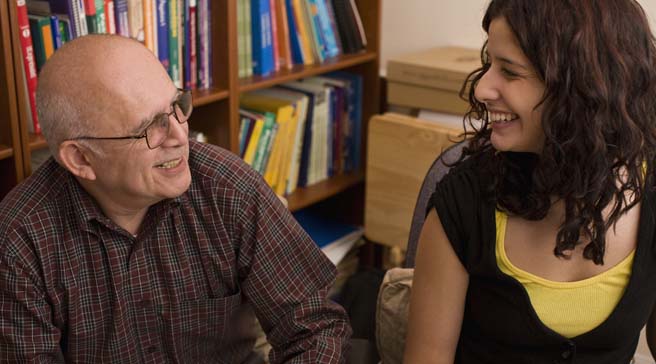 There is one enduring memory I have of my father,’ says Sasha, 40, now a senior executive at the BBC. ‘He’d taken the day off work when I was about 11 and I was off school with a bad cold. For some reason we started talking about jobs and careers. ‘He asked me what I wanted to do when I was older and my immediate answer was to work for the BBC – I loved Blue Peter. Then he said, “Well, pick up the phone. In fact, I dare you to call the managing director now.”

It was a bit of a joke but I did end up picking up the phone and asking to speak to him. I got through to someone, probably a work-experience student, but they were really sweet to me, and asked me to write in, which I never did.’ Feeling able to make that call at such a young age was a powerful lesson. ‘The message was, don’t be intimidated by anybody, and it’s one I haven’t forgotten.’

Sasha’s father, a history teacher, died three years ago but his influence has defined her major relationships with men. ‘I’ve married someone who is strong-willed. He challenges me and argues with me, and assumes I’ll stand up for myself – qualities I’m always drawn to in the opposite sex. My father wasn’t in a terribly happy marriage with my mother – they divorced when I was 18 – and he was much more emotionally involved with and devoted to me and my sisters.’

The role of the father is often overlooked. We tend to assume that a father doesn’t need to be as communicative, or as involved, as a mother. Often we believe that fathers aren’t as insightful or as emotionally skilled as mothers.

‘The overall message is that fathers are less necessary except when it comes to money,’ says Linda Nielsen, author of Embracing Your Father. ‘Yet all the research shows that a father’s relationship with his daughter is at least as important in so many areas of her life – showing her how to express herself, how to relate to other men, how to be self-reliant.’

Those lessons are being delivered not by what he tells you, but by how he interacts with you and your mother. While a mother can serve as a role model, a father will show you what to expect of other men.

Marital therapist Christina Fraser explains, ‘It’s about the perennial struggle for control and how you see that acted out between your parents. Are you going to make it different or will you meet a similar man and replay the same patterns?’

Sophia, 38, recalls witnessing many arguments between her parents as she was growing up, all relating to her mother trying to stand up to her over-controlling father. ‘He was a strong personality and they would row about everything – money, where we should live, how we should be educated. My father always got his own way however much my mother tried to fight him. I was determined I would seek out a relationship in which I had equal say and standing, that I wouldn’t have to battle like my mother did, so in that way he was quite a useful example to me.’

Sophia feels very close to her father now. ‘Even if he wasn’t the best model for equality, as a father he has always been ambitious for me and does treat me as an intellectual equal.’

A father only has to be good enough, not the perfect role model, to instil a sense of confidence. ‘Good fathers allow their daughters to feel their opinions count,’ says Fraser. ‘They encourage you to develop a pride in what you think. It’s really about feeling that you can be heard.’

As Sophia says, ‘I had to fight to feel heard by my father, especially when I was younger, and I think my mother probably showed me how. I learned that if you argue and want to win, you don’t burst into tears. You need to be assertive and disagree in a rational way.’

It is the mother who will often determine how close a father–daughter relationship will be.

According to Nielsen, it is she who has the power to let the father in or keep him at arm’s length from her daughter. Unintentionally, and usually unconsciously, they will guard the emotionally intimate aspects of the parent–child relationship. ‘When was the last time you phoned home and talked to your dad, rather than your mother who usually picks up the phone?’ she asks.

Mothers, she says, are so often there in the background hovering, eavesdropping, ready to intervene. ‘That’s what mothers are trained to do.’ This type of maternal territorialism doesn’t go unnoticed.

‘When my daughter Lucy left home, I grew aware how she and her mother would talk on the phone and their closeness grew out of that once she was away,’ says Rob, 50, a history lecturer. ‘I think a lot of men just don’t like talking on the phone and that doesn’t change when you become a father, in which case you have to think of other ways of keeping in touch that are more private. I exchange lots of emails now with Lucy. We share ideas about music and photography, which she’s studying. I’m pleased we have carved out something for ourselves.’

When daughters reach puberty a sense of sexual awareness on both sides can make the bond awkward and uncomfortable. ‘Sometimes fathers feel that, as their daughters grow up, they can’t hug or watch a film together, share that intimacy – yet we don’t feel that way about mothers and sons. We sexualise everything about the father and treat the mother as if she’s not sexual at all,’ says Nielsen.

The more involved and affectionate a father allows himself to be, the less a daughter will feel that she has to use her sexuality to earn attention from other men. Amy’s father left her mother when she was 12 and she saw him very rarely. It is only recently she has identified a pattern that relates to this earlier desertion.

‘I was sexually active and quite promiscuous from a young age. I was always drawn to men who were unavailable in some way – they worked abroad or were already in relationships. I would always end up trying to make things better, pleading with them to work it out and stay with me.’

A father’s absence can have an impact on his daughter’s physical well-being too, even affecting how early she develops sexually. Girls who have distant or absent fathers will be more likely to use nubility at a younger age to attract men,’ says psychologist and author Oliver James. ‘With a present father, they feel loved enough not to have to use sex in that way.’

Often a daughter will assume a distant father wanted their relationship to be that way, although Nielsen says generally this isn’t the case. The only way to find out is to take the initiative yourself, she says. ‘If daughters want to improve their relationship with their father, they need to build intimacy by spending time alone with no other family member around. Take a walk, have a drink, talk on the phone, but it should be private.’

Nielsen believes that daughters shouldn’t accept the relationship as it is and that simple actions can change it. ‘One thing you can do is start talking about more meaningful topics,’ she says. ‘Maybe sit down and ask him about his childhood and his family history. Ask him the three biggest decisions he had to make by your age, anything to show him that you want to get to know him. What I find remarkable is that fathers are so often waiting for this. They’re not uninterested, they just feel left out.’

Acknowledging this means realising that fathers are just as likely to feel vulnerable and fragile as anyone else, a tough reality for most women who still feel, on some level, that their fathers should be powerful, resilient and protective. Daughters need to be realistic about their fathers as well as compassionate if they want a more equal and intimate relationship. 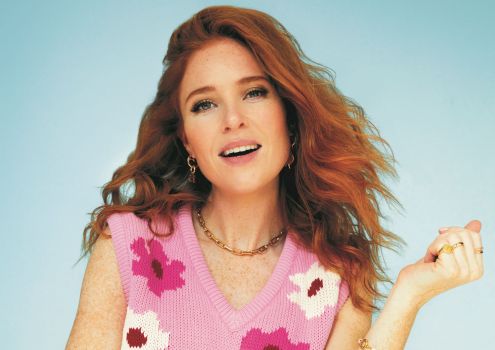 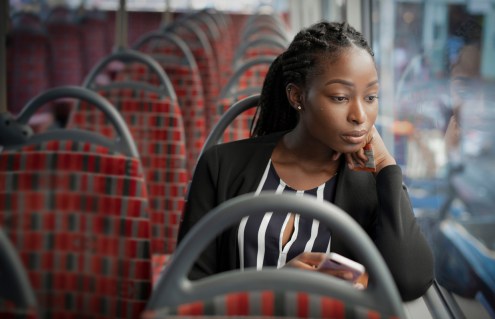 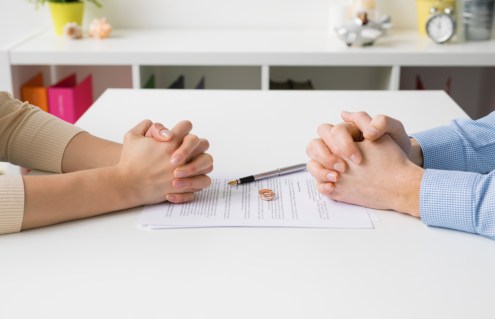