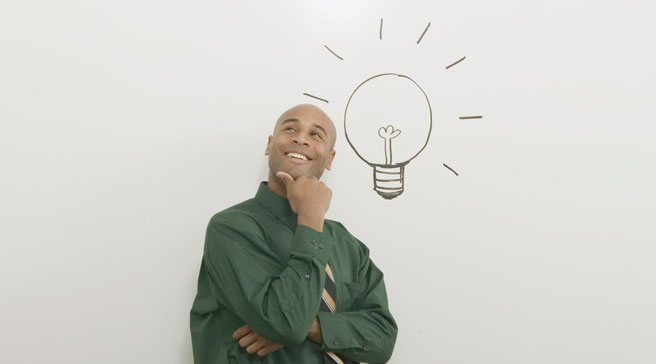 Are we too fixated on goals and affirmations? In his new book The Antidote, Psychologies columnist Oliver Burkeman discovers the positive effects of negative thinking.

1. Focus on the worst-case scenario, not the best

Normally, we try to hope for the best – but by doing so, we inadvertently reinforce the belief that it would be disastrous if things didn't turn out as we're hoping. Instead, next time you're fretting about some workplace or relationship issue, try imagining, in detail, exactly how bad things could go. This replaces bottomless anxiety with a more finite kind: if a relationship ended, say, that might be deeply upsetting, but your life wouldn't literally be over.

Once you start to think of some target (such as reaching a mountain's summit, or making a million, or staging the perfect wedding) as part of you, it becomes almost impossible to abandon it, even when the evidence suggests that you should. Don't let any specific vision of your future – whether romantic, professional, or financial – become 'you', or it risks becoming destructive.

It's great to know your core values, but not to fixate on any one way of putting them into practice. If you're focused too rigidly on one hoped-for job, or family situation, or dream house, you might miss others that are equally fulfilling, yet easier to obtain.

4. Trying too hard to feel upbeat can make you miserable

Self-help affirmations – the kind you're supposed to repeat to yourself each morning in the mirror, to remind you how wonderful you are – can backfire badly. Instead, remind yourself that you don't need to meet any particular standards in order to accept yourself. 'Every day, in every way, I'm getting better and better' goes one classic affirmation — but maybe you're not, and that's fine, too.