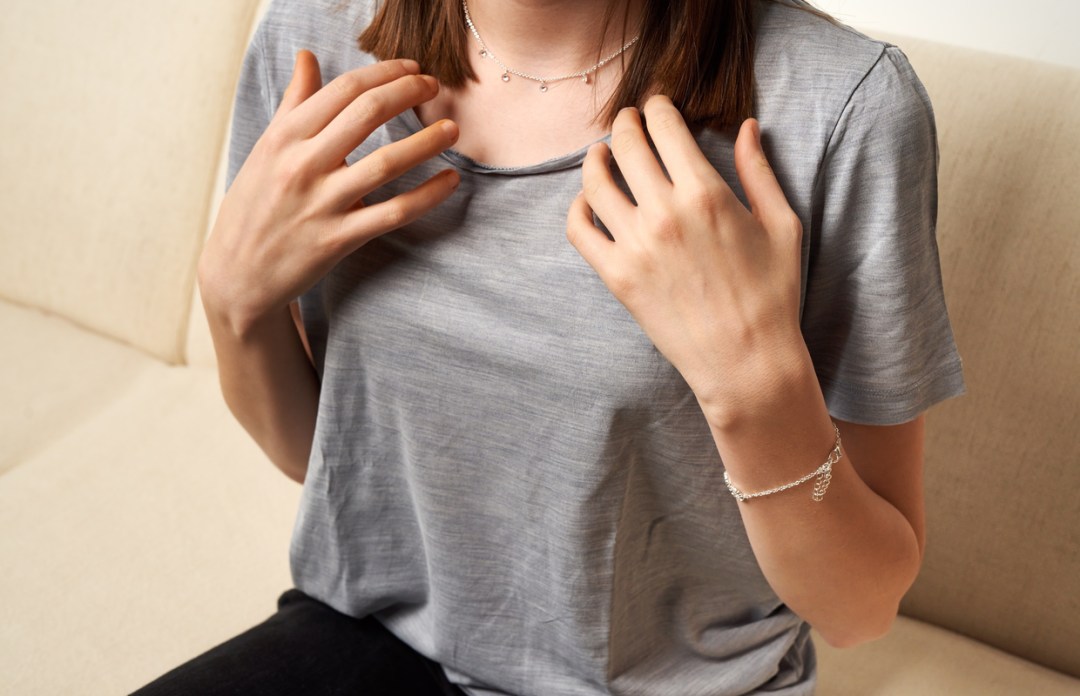 As a psychotherapist, I had long been interested in exploring the field of energy psychology, a method of therapy that combines Eastern approaches to the mind and body with Western psychology and psychotherapy. To that end, I booked a week-long professional development course in tapping therapy – or EFT (Emotional Freedom Technique) – to discover how it works and to become a competent EFT practitioner.

During the week’s course, working both individually and in pairs, we used tapping therapy as a means to explore distressing past events and firmly entrenched negative beliefs. I quickly began to see its efficacy, particularly in comparison to talking therapy, where energetic and behavioural shifts can take months, if not years, to witness.

What is tapping therapy (EFT)?

Best described as an ‘emotional form of acupuncture’, tapping therapy works by unblocking negative energy stored within our bodies, which can manifest as thoughts and ideas, such as ‘I never get anything done’ or ‘I leave everything until the last minute’ or ‘I won’t ever make any money’.

It’s based on the belief that we hold our thoughts and feelings as energy in key physical points of the body. These correspond with the acupressure points that were identified in traditional Chinese medicine several millennia ago. It’s believed that by lightly tapping on these areas, while simultaneously speaking our negative thoughts and feelings aloud, they can start to shift.

The cornerstone of the tapping technique is the setup statement in which the tapper promises to love themselves, despite having certain attributes or behaviour they struggle with and wish to change.

Taking one of the negative thoughts I mentioned as an example, your setup statement would be: ‘Even though I never get anything done, I love and accept myself just as I am’. You’d then tap gently through key acupressure points in the body, while repeating key words from this phrase, for example ‘never get anything done’.

At the start and end of any exercise, you note down your SUD score (subjective unit of distress – a scale of 0-10 that’s we use to track anxiety levels when using tapping techniques; zero being lowest and 10 highest). In the entire week, I don’t recall one instance of someone’s SUD score not dropping using this application.

It seems counterintuitive to love yourself for something that you may have lugged around your whole life. However, what was interesting to me was the way that, once we began being forthcoming with acceptance over that aspect of ourselves, it created space for other thoughts and ideas to emerge.

Finishing the course, I looked forward to applying what I had learned with clients when the opportunity arose. I left Esalen on a cloud, feeling elated from all that I had experienced. I was heading for Los Angeles to catch a flight to Mexico for my next adventure.

Then, an hour outside LA, doing 85mph on the freeway, my tyre burst. I somehow managed to veer the car to the hard shoulder. However, I was shaken and suddenly under serious time pressure to catch my flight. I felt frozen with panic. Then, I remembered I’d just spent a week learning a technique that was designed to deal with overwhelming situations like this.

So, I tapped on my fears that I might miss my flight. Within five minutes, my SUD score had dropped from an eight to a four. I still felt the stress of the situation but it was manageable. Crucially, it helped mobilise me to deal with the predicament, getting the car hirer to call a roadside assistance company, which turned up within 15 minutes. In the end, I made my flight quite comfortably.

Getting started with EFT: Easy tapping practices to try

The great thing about tapping therapy is that once you learn the technique, and understand how it works, you can do it anywhere. There are some excellent resources, including videos, on the EFT Universe website and it can be self-taught. Here is an overview of the basic EFT ‘recipe’ to help you get started with tapping therapy…

‘Even though I have/am “x”, I deeply and completely love and accept myself’. While reciting the setup statement, tap on the ‘karate chop’ point (see diagram below).

The procedure is a 10-second process in which nine brain-stimulating actions are performed, while you tap continuously on one of the body’s energy points – the ‘gamut point’. This point is located on the back of the hand, half an inch back from the midpoint between the knuckles at the base of the ring finger and the little finger.

You perform these nine steps while tapping the gamut point continuously. They are:

Use these steps in this exact order.

The final ingredient to this basic recipe is repeating the sequence and gamut procedure. If you have any remaining discomfort, perform another round of EFT tapping using a modified setup statement. For example: ‘Even though I have some of “x” remaining, I deeply and completely accept myself.’

More inspiration: What is art therapy? Benefits for mental health

What is agoraphobia: understand the causes & how to help

Discover what agoraphobia is and how to help yourself or someone who is struggling.

How to overcome social anxiety

Are you feeling social anxiety symptoms after lockdown? Discover how to overcome a fear of social situations and re-emerge wiser and more empowered…

How to start journaling for mental health

What is agoraphobia: understand the causes & how to help

Discover what agoraphobia is and how to help yourself or someone who is struggling.

How to start journaling for mental health