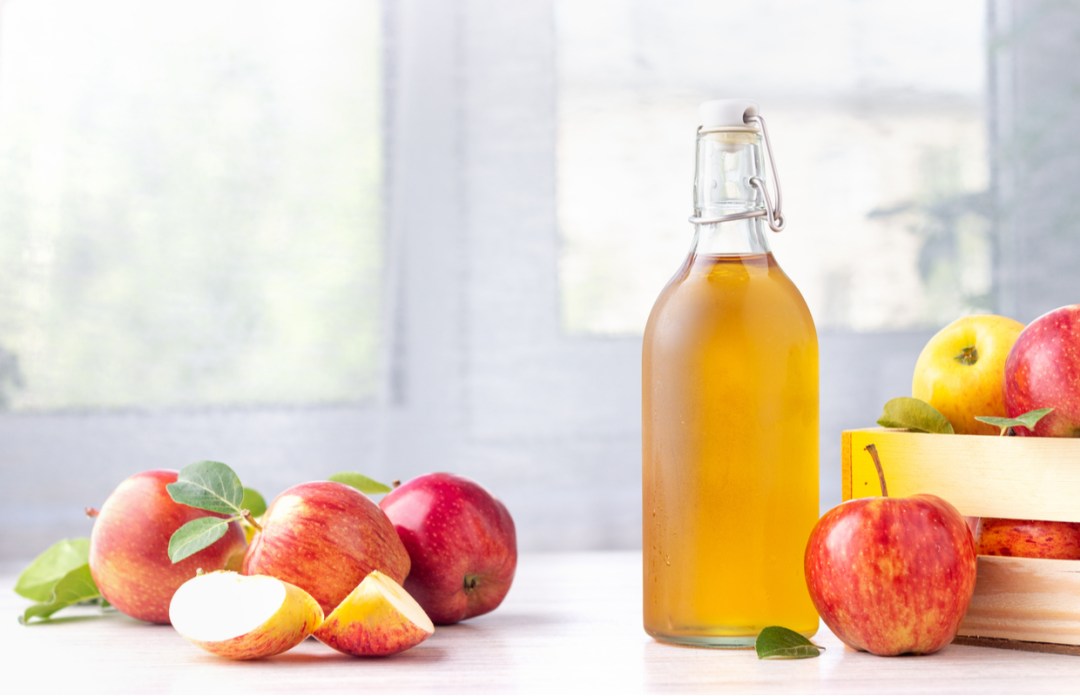 Apple cider vinegar: a store cupboard staple and folklore favourite cure-all. We’re shining a spotlight on the health benefits of apple cider vinegar, before revealing the best ways to incorporate this powerhouse ingredient into your diet…

What is apple cider vinegar?

Apple cider vinegar is a type of vinegar which is created by adding yeast to the juice of crushed apples. This causes the sugar in the apple juice to ferment and turn into alcohol, which bacteria then convert into acetic acid. It’s this acid that gives apple cider vinegar that well-known sourness and tang.

A simple apple cider vinegar has become a bit of a trend as people become more clued up on its benefits for internal health. But, as an essential ingredient, it’s nothing new.

In Ancient Greek, physician Hippocrates prescribed apple cider vinegar and honey for coughs and colds. Plus, the Romans swore by it as an energising tonic. The probiotic content would have improved their stomachs’ gut flora and ability to take in more nutrients, as well as remove waste toxins.

Fast-forward to the modern day, and researchers are investigating new medical usages for this age-old vinegar. Hiccupops, an apple cider vinegar lolly invented to cure hiccups, is the subject of trials by US research institutions.

Certain cancer, liver and epilepsy treatments cause hiccups, which can be painful to the patient. This lolly overstimulates the nerve associated with the hiccup reflex and stops it firing.

Discover some of the key health benefits of apple cider vinegar…

The high acetic acid levels work as an inhibitor to lipogenesis, the process in which sugar is converted to fatty acids in the body.

This is due to the high levels of polyphenols, particularly chlorogenic acid, which is found in high quantities in the vinegar. Polyphenols are micronutrients that help to stop the oxidisation of LDL, which means clearer, healthier arteries.

How to take apple cider vinegar

Apple cider vinegar is a hugely diverse ingredient, which you can use in a range of different recipes. If you’re purely going for the health benefits, simply mix 15ml of apple cider vinegar with 300ml of water or herbal tea and drink each morning.

If you fancy incorporating apple cider vinegar into your cooking, try out the following recipes…

Add some tang to a smoothie by whizzing up 2 tsp of detoxifying apple cider vinegar with a green apple, kiwi, half a cucumber and a handful of kale.

Marinate summer barbecue meat or veg with apple cider vinegar to create a barrier between the food and flames, which stops carcinogenic heterocyclic amines (HCA) forming.

When you use apple cider vinegar to make buttermilk, it acts as a natural probiotic ingredient for pancakes, scones or bread. Make your own by adding 1 tbsp of vinegar to 230ml milk. Let it stand for 15 mins, then use straight away in your chosen recipe.

When buying apple cider vinegar, it’s best to choose one that is unpasteurised and unfiltered. An easy way to spot this is to look out for cloudiness.

What is apple cider vinegar with ‘the mother’?

An unpastuerised and unfiltered apple cider vinegar will contain ‘the mother’: a cloudy substance that is full of highly nutritious gut-friendly bacteria and powerful enzymes. If you find a bottle that is totally clear, chances are this goodness has been filtered out.

This award-winning organic cider vinegar is made using freshly crushed apples which have been allowed to mature. The vinegar has not been pasteurised or filtered, meaning it is complete with the nutritious ‘mother’ culture.

Manufactured from organically grown apples from organic certified and inspected orchards, this apple cider vinegar is unfiltered, unpasteurised and naturally fermented to retain the highly nutritious bacterial culture of the ‘mother’.

How to make apple cider vinegar

Did you know, you can also easily make your own apple cider vinegar at home? Follow these step-by-step instructions and start reaping the health benefits… 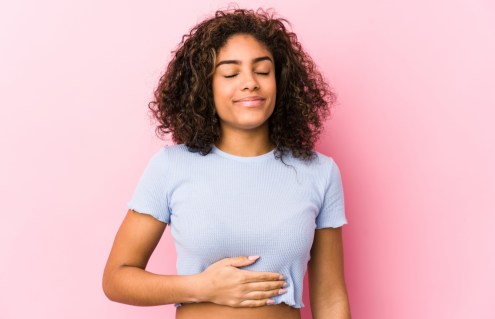 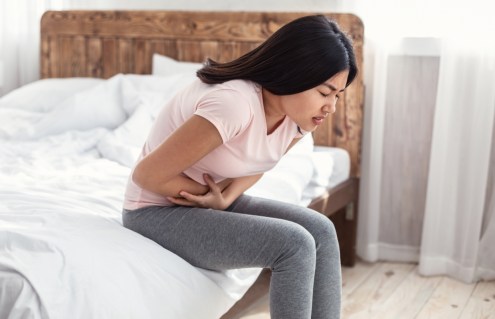 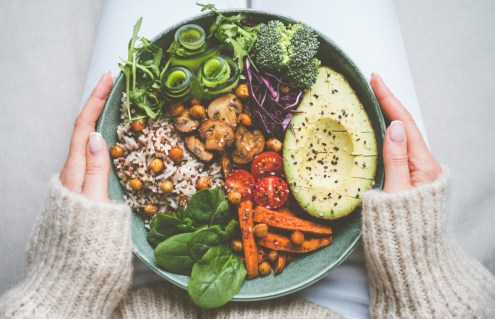 Extra recipes from Dishoom: From Bombay With Love

In the November issue of Psychologies, we featured an extract from new cookbook Dishoom: From Bombay With Love. Here are the recipes for a spice mix and some spice pastes that will come in handy…