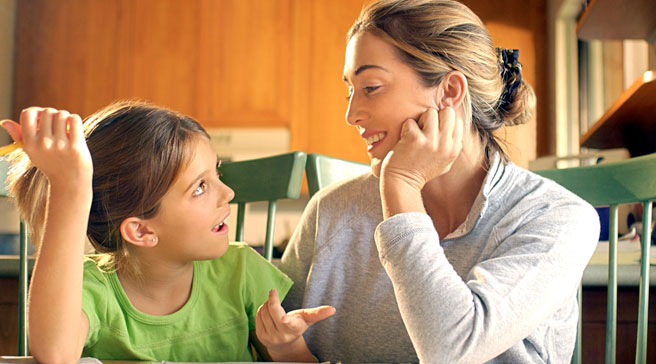 My eight-year-old’s homework is littered with errors. She’s a smart girl, but routinely dispatches her tasks in five minutes before reaching for the remote. Her teacher doesn’t seem to mind. It seems his role is to puff her up. ‘Fantastic!’ say his comments. Tick, tick, goes his red pen.

With her interests at heart, I’ve pointed out the spelling mistakes and the nonsensical sentences, suggesting she read it back aloud, but I’m met with a slammed door and a long sulk. Am I cruel and pushy? Or can criticism be constructive?

Absolutely, says Dr Pier Forni, author of The Civility Solution. Not only that, it’s vital. The ability to give thoughtful, helpful criticism – and to accept it – is a basic human exchange. ‘We all have things to learn, we can all improve, and the insight, wisdom and experience of others help us do it,’ says Forni. Without criticism, humanity is stunted. For a nation that has silenced it, see any totalitarian state through history. For a person who has shunned it, see someone who retreats from real life, to spend vast amounts of time online with people and images that present no challenges and only reinforce his world view.

We know this in theory – so why is criticism so hard to get right? The very word sounds like a negative, a no-no in a world where we’re told to accentuate the positive. When does it become constructive? ‘Criticism is “constructive” when it’s meant to build someone up, not tear them down,’ says Octavius Black, co-author of The Mind Gym: Relationships.

According to Black, the crucial characteristic of constructive criticism is an underlying motive of benevolence. ‘It’s given to help the person on the receiving end,’ he says. ‘It’s not delivered out of self-interest or to entertain others, and it’s not about humiliation.’

But this is happening less and less, and Forni believes criticism has reached a crisis point. In its place, we have two extremes – empty praise or equally empty cruelty – and our increasingly fragile egos have no way of coping with either. Too scared to speak the truth, or unable to say it kindly, we’ve become isolated from one another. We fear what people will say, or what they secretly think. An ego that has only been battered, rather than solidly built, is, at core, insecure. Forni believes the rot set in when the 1960s ushered in huge changes in our approach to child-rearing. As attitudes shifted, discipline and formality made way for praise and permission.

In some ways, this was positive – it boosted self-esteem – but along the way, helpful, thoughtful, nurturing criticism was neglected. ‘If children are constantly told they are the most wonderful creatures on earth, how will they grow up to accept criticism?’ he says. Yet, while face-to-face criticism of our loved ones is taboo, in public forums we’ve become less restrained. Switch on any TV talent show to hear a withering put-down to entertain viewers. Open a paper or log on to any gossip site to read a stack of comments directed at one slither of celebrity cellulite.

In his book Snark, writer and critic David Denby argues that this empty criticism has reached epidemic proportions. The snark is evident in every public forum – it’s snide and seizes on vulnerability. In our modern information age, when we’re all time-pressed, and know only a little about everything (rather than a lot about any thing), we hide our ignorance behind damning, pithy put-downs. If we’re feeling inadequate or threatened, a poisoned dart restores our power, puts us back on top.

According to Denby, the same nasty put-down has spilled into real life. The vicious instant message sent to one colleague about another, the bitcy text, all designed to knock someone down. Ronald Warren is an occupational psychologist and author of The Achievement Paradox who, for the past 20 years, has been giving criticism in the form of personality evaluations and feedback to top-level executives. He believes it takes time to build a thoughtful, helpful, true critique – and time is the one thing few of us have. ‘We are stressed and tired, less patient, less tolerant,’ he says. ‘You have to slow down to really understand people.’

We’ve no time to mean what we say, we opt to pile lazy praise on the people we know (‘That’s wonderful, darling’) and vent our spleen with snarks for those we don’t (Katie Price, David Cameron). The same pressures have made us equally bad at accepting criticism. Raised without loving criticism, surrounded by snarks, we’re scared. No one wants to be on the receiving end.

‘Our competitive world requires us to get up each day and hide any vulnerability behind a mask of competence,’ says Warren. ‘If someone identifies a chink, the kneejerk reaction is to panic, run or fight.’ So how can we build a brave new world of constructive criticism?

Then, when constructing your criticism, slow down and build the critique in the best possible way for the other person.’ When on the receiving end, be willing to be vulnerable, says Warren. ‘People find that when they drop their defensiveness and face a critic, it’s really not as painful as they thought it would be,’ he says. ‘Try having a true, authentic conversation, maybe by saying exactly how you’re feeling. For example: “It really hurts to hear that – I didn’t know I came across that way”. Then ask questions, use it as an opportunity. We all have stuff to learn.’

Back at home, I’ve taken the time to work out the best possible approach for my daughter. ‘I’m so proud you do your homework all on your own without me ever having to nag, and that your teacher is so pleased with it. I think, this week, if you do it upstairs in your room, and take five minutes longer to read it through at the end and check it for little mistakes, it will be even better.’