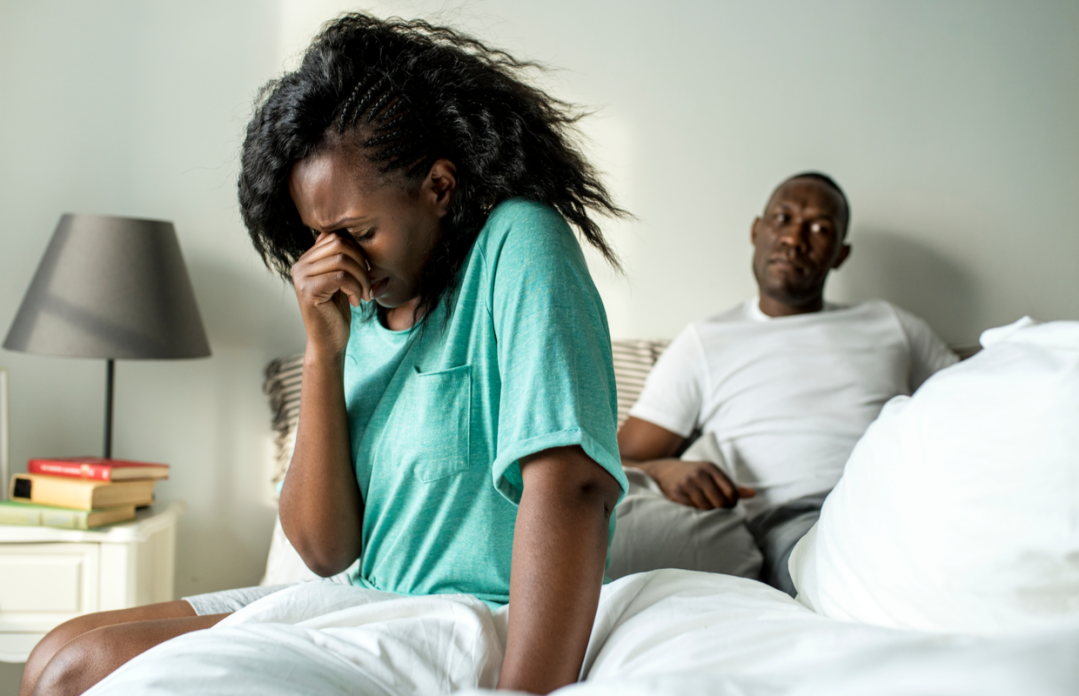 Tamsin had been going out with her partner John for a year, but recently, she feels he has become lazy and selfish in bed and no longer makes any effort to pleasure her. ‘When we first met, he was very generous in bed but now he’s only focused on his own sexual needs. It’s like he can’t be bothered any more and I feel unloved and used.’

Not only does Tamsin feel sexually disappointed, but she also can’t engage John to try and improve the connection. ‘John is very sensitive and, if I say anything, he says I’m too demanding. I thought he was the one I want to spend the rest of my life with, but I don’t know how to interpret his response.’

What should you do if your partner becomes selfish and lazy in bed?

Let’s look at what might be happening. At first, John was generous and attentive, and Tamsin felt looked after and loved. But now it feels as if John is taking pleasure, and leaving her with a feeling of emptiness after lovemaking.

Focus on the positives and avoid blatant criticism

Typically when we want to change something in our relationship, we tend to say what we don’t like, what the other does wrong, and where they need to change. So, I encourage Tamsin to tell John what feels good, and how he could make her feel even better. From that positive place, she can introduce requests that don’t come across as criticisms. She can also ask if there is anything he’d like Tamsin to improve.

Men are socialised to be sexual studs who know exactly what the woman wants without her having to tell him. Women are fed the same fantasy. As a result, women are often not adept at giving feedback, waiting until they are upset to blurt out their disappointment.

Men often tell me women are too ‘instructive’ when it comes to their sexual needs. It would be good for Tamsin to think about this and see how she handles her communication. Is she too verbal? Sometimes just taking his hands and putting them where you want is enough. Is she too goal-oriented – does she really have to ‘achieve’ a vaginal orgasm every time?

As for men, they can be defensive and take any feedback as criticism or a statement of their inadequacy, especially if you tell him he’s doing it wrong. The oversensitive man will then either shut down and withdraw or storm out, saying how demanding you are. It’s a threat which, to him in that moment, feels like survival so as an instinctive reflex, he says to himself, ‘it’s not me, it’s you’.

Explore your own feelings and expectations

Alongside her observation that her partner has become lazy and selfish in bed, Tamsin also says she feels ‘used’. So, I encourage her to explore why. Is that because John just walks away or rolls over and goes to sleep? Or does he go and have a shower, leaving her to feel like sex is dirty because he needs an immediate post-coital clean-up? Is it because he doesn’t ask her how it was for her? Is it because she has other expectations (cuddling, gratitude) that are not met or is it because of not being satisfied physically?

It is OK not to have intercourse and even experience orgasm every single time that you have a ‘sexual encounter’, according to couples in long-term relationships who rate themselves as satisfied (as long as you have a good feeling afterwards).

I wonder if his complacency is only in the sexual area of the relationship. Or is there a general lack of investment on his part? This is an important distinction.

If Tamsin cannot change the cycle, I recommend seeing a psychosexual therapist. If, in the end, John only shows up when he’s pushed to, she may need to reconsider her future with him.

ESTHER PEREL is a psychologist, author and speaker regarded as one of the world’s most insightful voices on sexuality. Visit to estherperelclasses.com for online classes with Esther.