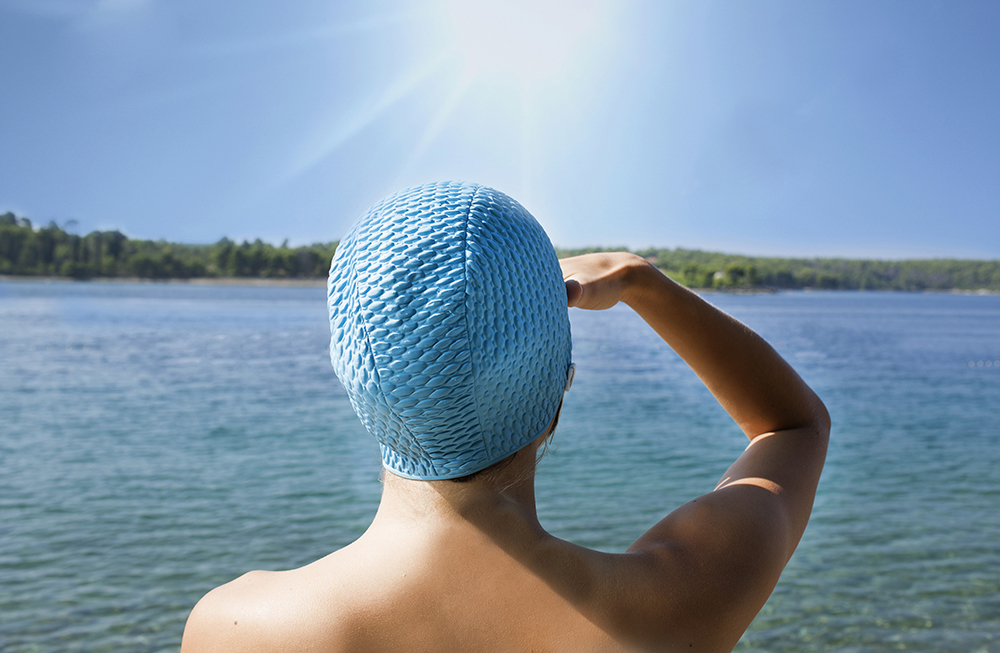 Let me set the scene: it’s 7am on a late September morning and I’m moving through water, halfway across a sheltered bay, near Syvota in Greece. In the corner of my eye, I can see a faraway speedboat, pulling a water-skier off in the other direction. Soon I’ll head up 150 steps to my nearby hilltop holiday resort for breakfast, but for now it’s head down and keep swimming: the bay is 200 metres each way and this is my third and final crossing.

The first was hard-going; I felt short of breath and my arms ached. The second, however, felt more rhythmic, and at points I wasn’t thinking about before this moment, after it, or anything else but ‘now’.

It’s during the final strait – the home run towards an omelette and coffee – that something wonderful happens. Call it a power surge but I feel like somebody just switched on my invisible motor. I begin to swim fast, faster perhaps than I ever have, simply because this is what my body wants to do right at this time… what it must do, in fact. What’s more, it’s almost effortless – no pain, just exertion.

I get to the other side and stop, nonplussed, on the shore. I’ve arrived at this place, the power surge combined with a sense of flow, a handful of times before, back in my days of long runs, and flirted with it during the latter parts of long-distance cycle rides. But on all those occasions, there was an exquisite agony that had to be endured before the bliss of true connection; the union of time and space and body.

I assumed that agony must be a rite of passage – that I must grit my teeth and ‘dig deep’ (as triathletes like to say). But today was different. No pain this time. A little reluctance perhaps, even discomfort maybe, as my body woke up, stretching out the kinks of sleep. But there was no burning in my muscles. No need to draw on mental strength. I just moved through the water, present and open-minded, simply happy to be here. And then… surge.

All this, and yet if you’d asked me two years ago about whether I enjoyed swimming, the answer would have been clear: no. The first time I did an open-water swim was in August 2013 – a nautical mile in the Caribbean where the weather was lovely, but the tide less so. Despite the safety boats and my companions, my fear was tangible. I was anxious about the waves and the fish, and felt my terrible technique holding me back. Yet fear, when faced, can bring huge rewards. Not just in the common lessening of that fear, but also an increase in self-esteem. Doors of opportunity open and we become people we didn’t ever imagine being, and do things we never dared to dream that we might.

In the moments immediately after that swim, drying off on shore and looking back at how far I’d swum, I began to wonder: what else could I do if I tossed aside my fears and dived right in?

About a month later, I sustained a hip injury and couldn’t run. I’d also set myself the task of completing several triathlons in one year, in a quest to discover why so many women I knew had flocked to the sport recently. Now in my early thirties, I’d begun to recover slower from workouts, and felt aches in areas that never ached before. Yet exercise had become a big and important part of my life, one that helped me not just to stay fit, but also to navigate intermittent periods of sadness. Now I needed to find a way of doing it that didn’t batter my bones. Swimming was the obvious answer and yet, initially, I baulked – its reputation of being a ‘gentle sport’ disheartened me, as if it didn’t hurt enough to be worthwhile.

But, as I now know, there’s so much wrong with this attitude – not only because swimming can be done with just as much commitment and effort, and show just as many obvious results as any other type of cardiovascular exercise, but also because there’s nothing wrong with being respectful to our bodies in the pursuit of feeling better; self-kindness and physical improvements are not mutually exclusive.

So, after six months of winter and forcing myself to go to the pool once or twice a week, I entered the open water in Lanzarote, while on a triathlon training camp at sports lovers’ paradise, Club La Santa. The lagoon felt safe and contained, but the water was murky and unpleasant. A few weeks later, I dived back in, this time at London’s Serpentine, during the Hyde Park Triathlon 2014. Here, the water felt good, and all my swim training had paid off. Despite fighting for breath, I recall feeling a certain pleasure, too.

Every time I swam after that, be it during the Blenheim or Newcastle Triathlons, or just in training at Shepperton Lake or Tooting Bec Lido, I noticed how, unlike after long cycle rides or runs, I felt pleasantly tired, but not beaten, and slept deeply, but didn’t ache. Swimming allowed me
to push myself on the good days, but I felt less compelled to do so on the bad ones.

There were more than just the physical benefits here, too. Free from the noise of hectic, everyday life, it was in the open water that I sometimes felt I could be (and see) myself most clearly – it was enlightening.

It wasn’t just me either. There were many others – a whole community as I discovered – who found swimming through open water a tonic for heartache or struggle. The single mother who had recaptured an identity, previously subsumed by parenthood. The Brighton resident who swam in rough seas to get close to something primal. The ex-triathlete, Olivia, who previously suffered from an eating disorder that was grossly exacerbated by the pressures of triathlon and yet who, a decade on, can swim daily without igniting those same addictive tendencies. Then there was 46-year-old television producer, Becky Horsbrugh, who began swimming regularly after her father and brother died as a means of coping with and processing her grief.

‘My family had gone from four to two people, and I was trying to look after my mother, work and have a normal life and relationships,’ she said. ‘Swimming was my thing and it kept me going when everything else was in turmoil around me. When I’m in the water, there’s that feeling of weightlessness – I feel that the weight is literally slipping off my shoulders.’

I couldn’t agree more. There’s something about this sport that helps us to work through mental and emotional knots, and to get in touch with an appreciation of our bodies that other, less fluid types of movement don’t allow so easily. Swimming doesn’t demand that you look like a stereotypical athlete, nor does it promise that you’ll develop into one. It doesn’t even ask that you’re particularly well-conditioned before you start. Instead, the water encourages a journey inward – far more profound a process than any race to aesthetic ‘perfection’.

So, what are you waiting for? Grab your costume and goggles, find some water, and start moving. Who knows what’s on the other side?

Run, Ride, Sink or Swim: A Year in the Exhilarating and Addictive World of Women’s Triathlon by Lucy Fry (Faber & Faber, £14.99), is out now