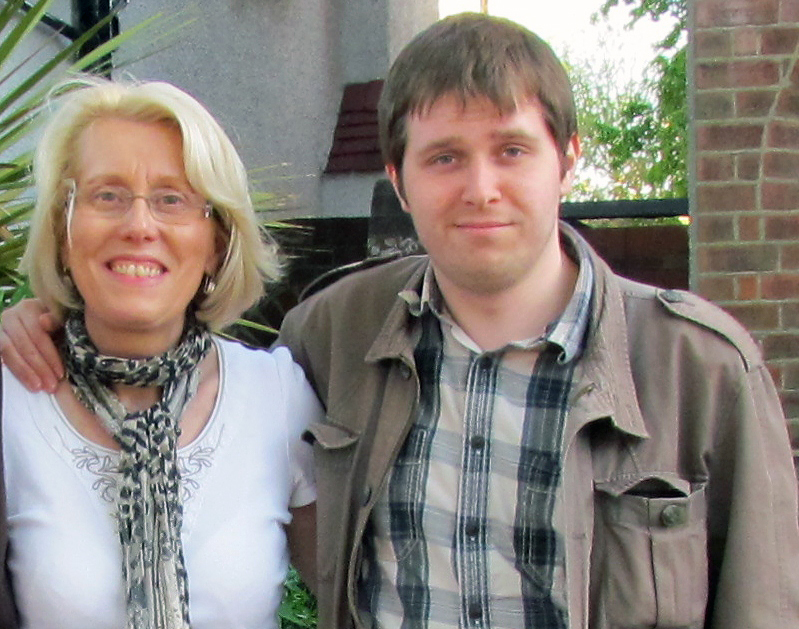 I have become a ‘go to person’ for advice on something I never wanted to become an expert in. I am an expert in getting up every day and putting on my ‘I’m OK’ mask, in living every day with the knowledge that I will never see my son again, breathing in and out and finding ways to channel intense grief into something positive, in learning to rebuild my life after experiencing the worst nightmare a parent could experience.

Since my son Toby took his own life four years ago at the age of 23, I have talked to many other parents who share my nightmare and we look at our lives as life ‘before’ and life ‘after’. After a period of living in almost unbearable pain, I realised I had three broad choices for my future: I could drown in grief and pain, I could end the pain, or I could take charge and do my utmost to make the best life I could in the circumstances, because I knew that nothing would bring my beautiful boy back.

Somewhere deep inside I felt a strong urge to do something; to take action, to take control. I didn’t want my son’s death to be meaningless. I realised I faced a long, tough journey if I was to have any chance of living a happy and meaningful life following this tragedy, which was compounded when my father died of cancer only four months after Toby died. All my instincts as a mum screamed at me that I couldn’t survive knowing I would never see my son again, hear his voice or give him a hug.

However, I was amazed to find that huge strength comes from surviving your biggest fear – and not only surviving but thriving. I heard a call to action. I found that the human brain, psyche, spirit, whatever you call it, can be surprisingly resilient. It was if I had a circuit breaker switch that stopped me from completely breaking down. I found I was much stronger than I ever could have imagined I could be. I knew I could do something, I could be the voice of all those bereaved parents. I could shout and scream out to the world that something needed to be done to stop so many young people dying needlessly. I was really angry when I found out that suicide is the leading cause of death in young men. Why did I not know this?

I had no clue where to start, but one thing I found early on was that talking about suicide is off-limits. It really kills the conversation at a dinner party when someone asks me how many children I have and I tell them I have one, but he killed himself. People immediately change the subject, as if they haven’t heard me at all. I felt so alone, like I was the only person this had happened to. I thought I must have been a terrible mother. I wondered if people were judging me. I was going mad and the only solace I found was from talking to other people who had experienced the same tragic loss. We had a common bond; a common understanding. I couldn’t find a support group solely for parents who had lost a child to suicide, so one day I took the plunge and set up an online  group and hoped that people who needed it would find it. I had been blogging about my loss and recovery for about six months after Toby died and bluntly called my blog and my support forum: ‘Losing a child to suicide’ and it worked because people found me. Just as I had sat up night after night into the early hours Googling and reading, so others reached out and we found each other.

Setting up that support group was the best thing I have ever done. It saved me and it has saved hundreds of other parents from falling into an abyss of pain and grief. Finally, we are connected with people who know exactly what we are going through, who will sit with us, listen, and remind us we are not alone and we are not going mad. Most importantly there is someone to let us know that there is hope. We are adopted into a family of bereaved parents and we can rant and rave in a safe place where we will not be judged.

My life has changed so much ‘after’ Toby died. I lost so much, but I also gained strength, resilience and courage. I gained a precious gift which allowed me to value and appreciate the intangible beauty of life and see the world through new eyes. Instead of allowing this tragedy to destroy my life, I vowed to Toby that I would follow my dreams relentlessly and never allow fear and worry to get between me and the best life possible. I know he would have wanted that for me.

When my son died, I had just realised a lifelong dream to leave my stressful career in IT, leave London and move to Cornwall. Since Toby died I have got a dog, joined a choir, set up my support group, worked for PAPYRUS, a charity working to prevent young suicide, and last year, I started a full-time degree in journalism at Falmouth University at the age of 59.

In February next year I will be 60, and I am celebrating by trekking in the Sahara Desert and raising money for PAPYRUS in memory of Toby.

So how do you get up from an all-time low? At first, an hour at a time, then a day at a time. With help and support and a determination not to be destroyed when life unexpectedly throws you the worst it can offer. I am proud of being an expert in rebuilding a life after tragedy, although I have a deep ache inside that is always there. I have learned to accept it, live with it, and do so much more than just survive.

*Lyrics from All Time Low by The Wanted