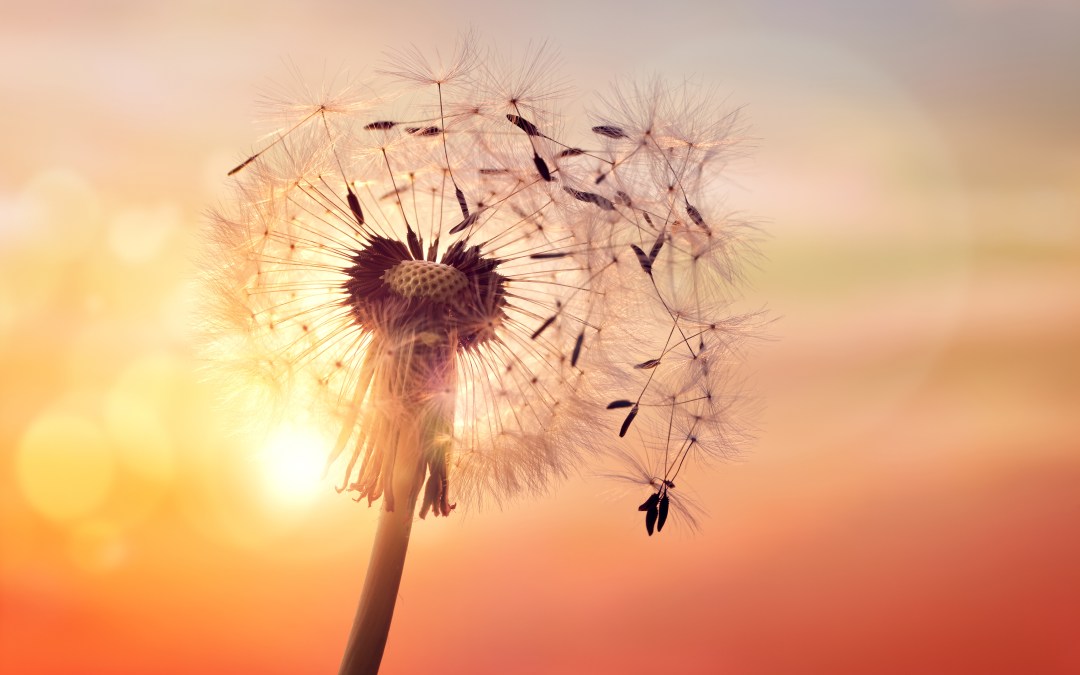 One morning, my four-year-old daughter Phoebe asked me if it was time to go out for lunch. It was 9am. I explained that we would have to wait, but she had a better idea. ‘Just change the time on the kitchen clock to lunchtime, then we can go.’

Children often make us question things we take for granted. In this case, Phoebe showed me how rigid our perception of time really is. Of course, a restaurant has to have specific opening hours, but why can’t time be moved around to suit us, rather than being in control of our daily lives?

It got me thinking about how we see time, and if we could change that to improve our lives. I asked Kate Taylor, NLP practitioner and life coach, if this was even possible. She assured me it was. ‘Time in itself is a construct, it’s not a real thing,’ she explains. ‘We can measure units of what time is, by the minutes passing on the clock, but it’s only our relationship with it that makes it seem real – measuring the fact that we get older, and that we see things in a past and a future.’

The idea of linear time (time as a road that we are moving forward on, with the past behind us, the present now and the future in front, without repetition) hasn’t always been around. Jeanette Winterson hinted as much in her memoir Why Be Happy When You Could Be Normal? (Vintage, £8.99): ‘The past is not fixed in the way that linear time suggests,’ she observes. ‘We can return. We can pick up what we dropped. We can mend what others broke. We can talk with the dead.’

I’d never thought to explore different ways of seeing time. When I did, I discovered that our Western, linear concept originated in biblical times, based on the idea that the world started at creation, and will end at judgement day. Two thousand years on, linear time is measured by clocks and is an order imposed on our chaotic lives. Time isn’t just organisation, it’s currency, that can be saved, wasted or given. We use so many expressions about time on a daily basis and, thinking about them, not many are positive: ‘I’m out of time’; ‘a race against time’… All the more reason to investigate other ways of seeing it.

Before the concept of linear time spread though Western culture, most of us saw time as cyclical, influenced by the cycles of the natural world, like the movement of the sun and moon, the seasons, or human cycles like menstruation. Anthropologists have traced this idea back to pre-literate cultures, and it’s understandable that, without a system of writing, it would have been hard to imagine a future different from the past. A cyclical view of time is still found in some Asian cultures and often incorporates concepts of reincarnation such as samsara, the endless cycle of birth, death and rebirth found in both Buddhism and Hinduism.

Reincarnation is a step too far for me, but the cyclical nature of life certainly resonates. I always felt my father had waited for his last grandchild, Phoebe, to arrive before he died. In the last photo taken of him, he is holding her as a newborn, and her gurgles were a welcome distraction at his funeral. I think, somehow, he knew that her entrance was his cue to exit, and I treasure the little pieces of him I find in her: the stubborn side-parting in her sandy hair, and the wicked snigger. For me, cycles of life and death make loss easier to understand, while a more mundane, daily appreciation of the changing seasons, sunsets and sunrises help me to gain perspective if I’m feeling overwhelmed.

Look ahead to the past

Cultures observing both linear and cyclical concepts of time see the past as something we have put behind us and the future as what lies ahead. Can you possibly imagine the reverse? In Madagascar they do: the future is seen as flowing into the back of the head, or passing from behind, then becoming the past as it stretches out in front. The past is in front of the eyes because it is already known, and can be observed and learned from, while the future is behind the head because it is as yet unknown, and invisible.

Taylor tells me she often asks her clients to imagine that they’re very old, and looking in front of them at the past, just like the Madagascan idea. ‘I encourage them to think about whether it looks like the life they want to remember. That way, you really understand what you want to be remembered for and, invariably, it’s not for what you did, but for the person you were. Time gets us to really understand who we want to be, and who we really are, in this existence.’

The Amondawa, an Amazonian tribe who were first contacted by the outside world in 1986, have no word for time in their language at all, or indeed any time periods such as ‘month’ or ‘year’. Instead of referring to ages, they assume different names in particular stages of life, or as they achieve a certain status within the community. It’s hard to know where to start with the lessons that we could take from this in Western culture, but if we try to see age as more to do with experience and what is contributed, rather than a number, that would be a good starting point.

What we can learn from all these other cultures is that if our perceptions of time can vary, then surely we are the masters of it. Taylor thinks so. ‘In an airport, time seems to stand still. Whatever time of day it is, the bar is open – and it seems OK to drink. Then, when your flight is called, it’s all a big rush. I use this analogy often: you can think you’ve got all the time in the world – then, when you get older, you can feel like you need to hurry up.

‘But that’s just our perception of it,’ she adds. ‘It’s important to change that and see that time is pliable, like a Slinky toy. If you live on a rigid line, that’s when fear creeps in – being frightened that you haven’t achieved specific things by certain times of day, or by a certain age. You feel like you’re against time. Your journey is always malleable, and it’s important to remember that. If you have something in the past that hasn’t served you, or has given you trauma, then step back and change it. And, if you’re working on the future, decide what you want to create, and start to build it.’

By understanding that we can see time in other ways, and take control of it, we can live more purposefully, and happily. Linear time helps me when planning a goal, but cyclical time is more useful when it comes to appreciating the natural world and coping with loss. Seeing the past in front of me like the Madagascans is a great technique for self-improvement, while pretending time doesn’t exist at all, like the Amondawa, is something I will be using on my next holiday, without a doubt.

Answer these in your journal: