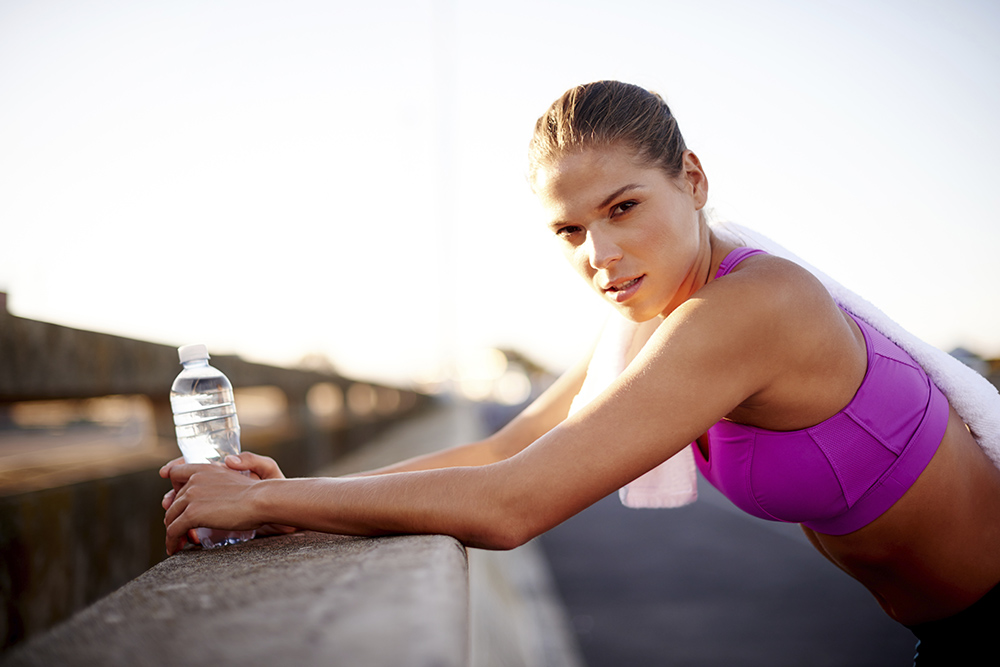 Here I am, sitting on the sofa, aching muscles covered in Deep Heat, trying to tie up my running shoes. From the outside, I look fit, healthy and entirely ready to exercise. But internally, there’s a major conflict going on: I know I’m overtired, muscles sore from yesterday’s gym session and eyes burning from hours spent staring at a screen. A voice in my head says – you’re exhausted – maybe rest? But another one tells me I need an endorphin release and should tick the fitness box or I won’t have a good evening.

You’ve got to do it, says that voice. If I can just get myself out of the door, I can (literally) run away from my buzzing mind, pushing myself to a point where all I can focus on is my breath, my feet and keeping going. After that, the feel-good chemicals will rush in, anaesthetising my inherent restlessness, quieting the anxious brain-chatter and lessening the guilt.

It’s only a short-term solution, of course – a perverse kind of immediate gratification. Most of us know on some level that pushing through exhaustion is self-defeating and (like drinking on a hangover) the consequences are only being delayed. Yet still there are those who, like me, struggle to meet their own high standards and as such, set themselves up for failure or burnout. We will never, ever, be good enough, whatever we do.

Where does this guilt around resting and relaxing come from, I wonder? Why do I feel so driven to always do rather than allowing myself the odd don’t – to slow down, and stop, when it’s so obvious that I need to? There are 101 possible explanations (it’s simply in my nature, it’s how I was raised, it’s expected within my social circle, or it’s just a habit I’ve fallen into), and which one is most paramount, I’m still not sure.

I do know, however, that in this addiction to productivity and dismissal of downtime, I am certainly not alone. There’s a strand of (in my experience, usually urban) society involved in an infectious collective madness that transforms lives into nothing more nuanced than a highly competitive to-do list. As a freelancer (with many freelance friends) the lack of boundaries around working hours and workload can make it easy to overdo things.

In the fitness world too, it’s easy to fall for a ‘nothing is ever enough’ sentiment. Twice-daily training sessions while trying to juggle work and family lives becomes the norm; socialising begins to revolve around running routes and fitness buddies and all spare time is devoted to getting stronger, fitter, faster.

Listen to your body

Yes, those fervent fit ones may say they love it. Perhaps they even do (I certainly did). But it’s not balanced, and it’s not healthy. These people are training like athletes but they aren’t resting like athletes, which makes injury and illness a foregone conclusion. It’s not that exercise, ambition or tireless endeavour is always unhealthy (of course not) – simply that without adequate rest and recovery time we’ll be in trouble, tripping over from wellbeing into controlling, frenzied and unhealthy behaviour.

These days, after a decade of running, swimming, cycling and gymming through fatigue and illness, I’m better at listening to my body and learning to rest whether it feels (psychologically) uncomfortable or not. It helps to remember the big picture – that one missed exercise session doesn’t matter much in the long run – but also to allow yourself to accept the unquestionable science: if you take more rest, you perform better.

Among other more complicated factors, there’s one very straightforward physiological reason for this: exercise, particularly resistance training, does not strengthen our body – it damages it, by tearing the muscle fibres. It’s during the recovery after the exercise that those muscle fibres rebuild (stronger – adapting to stimuli so that they can handle it next time) and this is what improves endurance.

The body’s ability to heal is already compromised when it’s in a stressed-out state (sleep-deprived or anxious), and what’s more, if you’ve been overstressed for a while, it’s likely your adrenal glands will be excreting excessive amounts of the stress hormone cortisol.

‘Elevated cortisol levels as a result of stress [physical, mental, emotional, or all of the above] may increase so-called belly fat, a pattern associated with diabetes and heart disease,’ says Dr Sally Norton. Yes, you read that right: stressing yourself out with too much exercise, particularly if your life is already significantly stressful, could actually make it harder for you to lose fat and give you that tired but wired feeling, all the time.

That’s why personal trainer and founder of Fitness Adventure Travel Rob Tynan insists that his clients (many of whom are strung out, fatigued businessmen and women) put rest and recovery at the top of their agenda. His trips, though fundamentally aimed at helping clients improve their fitness, involve a lot of rest in-between workouts. Otherwise says Tynan: ‘You just won’t heal and get stronger, particularly if you’ve been doing tougher workouts. The first thing you need to do if you’re stressed and run down is sleep more and chill out. Then you’ll be ready to exercise.’

Similarly, nutritionist and psychotherapist Stephanie Moore frequently tells clients to take more ‘do nothing’ time and stop over-exercising. ‘The body has to recover to mend and get stronger  –  this only happens post-training. The same is true for the brain, the blood vessels, and the digestive system,’ she says. ‘But if our systems are perpetually disrupted by too much stimulation – be that too much stress, too much food or drink, too much exercise – the body becomes inflamed as it is not being given the chance to calm down and recover. The longer we are in an inflamed state, then the more likely we are to trigger neuro-degenerative diseases especially those triggered by the brain – such as dementia, Alzheimer’s and Parkinson’s – and/or causing immune over-response resulting in allergies, intolerances and auto-immune diseases.’

Clearly, the go-hard-or-go-home school of thought has its limitations, whether it’s in relation to the gym, the workplace or any other area of life. But how can we begin treating rest (that costs us little more than time) with the respect it deserves? And how much physical activity should we really be doing to achieve optimal health and wellness?

If you believe those most zealous fitness ‘gurus’, we should be sweating almost every day, pushing our bodies to the limits with frightening regularity. In fact, for most of us, less is more. I’ve cut down from 10+ hours per week to something more like five, and I’m performing better and enjoying training more than ever before.

If you’re someone who struggles to stay on the sofa more than you have difficulty getting off it, perhaps it doesn’t even matter about the science. Even if you understand the benefits of snoozing more, it can be hard to hear them properly and you’ll need to take a giant leap of faith to discover the often-misunderstood benefits of rest. It’s not easy either – there may be withdrawals, feeling ‘not quite right’, and battling your body as it craves its daily high – but in those moments of should do or need to, simply tune in and ask yourself what you really, really need. Chances are it’s not a doughnut or a jog – but a healing, strengthening half-hour of doing nothing.