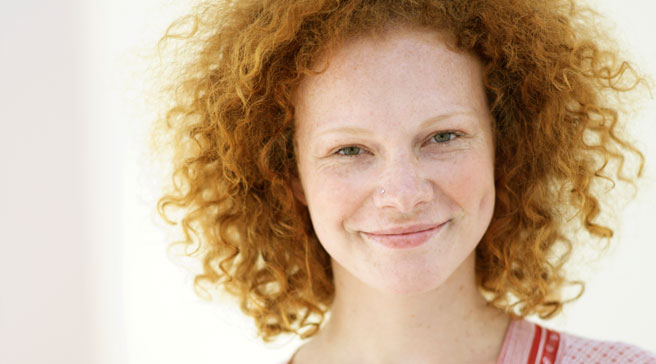 The argument you’ve just had with your lover has left your blood boiling. You phone a friend, who makes light of it and, before long, you’re laughing. Our emotions have a capacity to harm and heal – not just psychologically but physically. Research has shown that having to deliver a speech can double the severity of allergy symptoms for two days, while crying is soothing because stress hormones are carried out of your body in tears. So, just how do feelings affect our health?

When you sing your loved one’s praises… Expressing the affectionate feelings you have towards your partner lowers cholesterol levels. A study reported in the journal Human Communication Research showed that when people spent three 20-minute sessions per week writing about loved ones, their cholesterol count fell within five weeks.

When you’re having a blazing row… According to scientists at Ohio State University, a 30-minute argument with your partner can slow your body’s ability to heal by at least a day. If you argue regularly, that healing time is doubled. Researchers tested couples with a suction device that created tiny blisters on their arms. When the couples were asked to talk about an area of disagreement that provoked emotion, the wounds took about 40 per cent longer to heal than those of the control group. This response, say the researchers, is caused by a surge in cytokines, the  immune molecules that trigger inflammation. High levels of cytokines are linked to arthritis, diabetes, heart disease and cancer.

When you’re stressed-out… Research at the Stanford University School of Medicine found that short bouts of stress can boost immunity and raise levels of cancer-fighting molecules – and the effect lasts for weeks after the stressful situation ends. However, long-lasting or chronic stress is a different matter. ‘Stress leaves you in a fight-or-flight state in which your body turns off long-term building and repair projects,’ says Robert Sapolsky, professor of biological sciences at Stanford. ‘Memory and accuracy are impaired. Patrols for invaders aren’t sent out, you tire more easily, you can become depressed and reproduction gets downgraded.’ Exposure to chronic stress has been found to raise risk of cardiovascular disease and diabetes.

When you bottle things up… When it comes to venting our anger or holding it in, the jury’s out as to which works best or worst for us. A long-term study in Michigan looked at women who suppressed their anger in confrontations with their partners and found that they had twice the risk of dying from conditions such as heart attack, stroke or cancer. Yet giving in to impulses to shout abuse could cause problems, too. Angry outbursts may last only a few minutes, but they can cause surges in blood pressure and heart rate, raising the risk of heart attack by 19 per cent, concludes a study at University College, London. Subtle forms of anger, such as impatience, irritability and grouchiness, damage health, too.

When you’re in love… Falling in love raises levels of nerve growth factor for about a year, according to researchers at the University of Pavia in Italy. Nerve growth factor, a hormone-like substance, helps restore the nervous system and improves memory by triggering the growth of new brain cells. It’s also associated with the feeling of being loved-up and contented, inducing a calming effect on both the body and the mind.

When you’re feeling down… Depression, pessimism and apathy affect our health in several ways. ‘Low mood is linked to low levels of serotonin and dopamine, the feel-good neurotransmitters in the brain,’ says London GP Dr Jane Flemming. ‘Serotonin plays a role in regulating pain perception and could be the reason why 45 per cent of patients with depression also suffer aches and pains.’

When you have a fit of the giggles… In a study of the effects of laughter, Dr Lee Berk of Loma Linda University in California discovered that levels of mood-boosting beta-endorphins increased by 27 per cent, while human growth hormone, a substance that aids sleep and cellular repair, rose by 87 per cent. The effects were achieved by watching a humorous film. In another study, the mere anticipation of laughter was enough to reduce levels of the stress hormones cortisol and adrenalin. Cardiologists at the University of Maryland Medical Center found that laughing can reduce the risk of a heart attack by curbing unwanted stress.

When you burst into tears… US biochemist Dr William Frey compared the tears of women who cried for emotional reasons with those whose eyes welled up on exposure to onions. Emotional tears were found to contain high levels of the hormones and neurotransmitters associated with stress. Frey concluded that the purpose of emotional crying is to remove stress chemicals. Holding back tears leaves the body prone to anxiety, including weakened immunity, impaired memory and poor digestion. When you’re consumed with jealousy… Jealousy is one of the most powerful and painful of human emotions – and the most difficult to control. Women’s jealousy is usually triggered by the suspicion of emotional betrayal, while men typically become jealous when they suspect they have sexual competition. ‘Jealousy is a complex mix of fear, stress and anger,’ says  Flemming. ‘These three states trigger the fight-or-flight response, usually in quite an intense way. Someone in the grip of jealousy is likely to suffer raised blood pressure, heart rate and adrenalin levels, weakened immunity and anxiety.’

When you can’t let go of an argument… Researchers reporting in the International Journal Of  Psychophysiology found that it’s not just angry outbursts that cause blood pressure to rise – during the course of a week, every time their subjects recalled the situation, their stress levels soared. So, if you’ve recently had a dispute, try to distract yourself so you don’t dwell on it.

When you count your blessings… Feelings of gratitude boost immunity, lower blood pressure and speed healing. Dr Rollin McCraty of the Institute of HeartMath in the US is studying the link between emotions and physical health, and has found that, like love, gratitude and contentment also trigger oxytocin. ‘Oxytocin is secreted by the heart whenever you feel open and connected,’ says McCraty.‘It switches off stress by causing the nervous system to relax. Oxygenation to tissues increases significantly, as does healing. We’ve found that gratitude is also associated with more harmonious electric activity around both the heart and brain – the very state in which these organs operate most effectively.’

Read Women are too emotional. Really? by Jane C Woods on LifeLabs