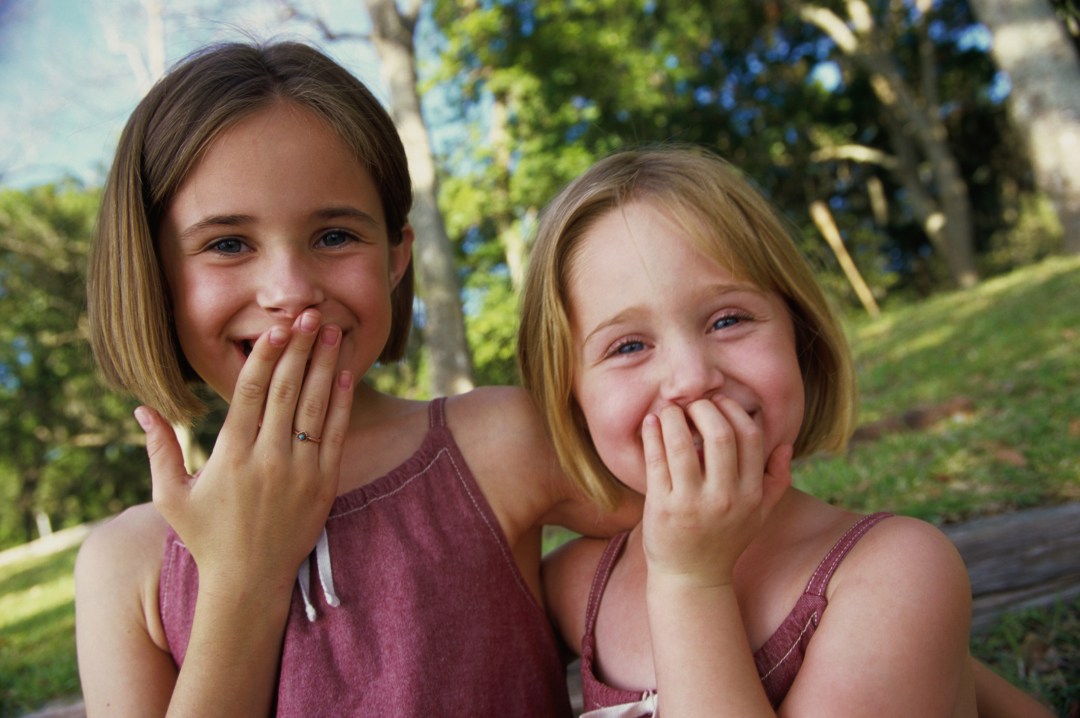 ‘My sister and I are very close and we’re in touch a lot, yet it’s not an easy relationship’, says Marie, 36, of her sister Kate, who is two years older. ‘Often I’ll come off the phone feeling irritated and somehow dissatisfied. She manages to stir up emotions I don’t like, much more so than my friends or even my parents.’

A sibling relationship is likely to be the most enduring of our lives. The impact they have on our young and adult lives is enormous – they shape our history and our character, to a far greater extent than is usually acknowledged. The book Siblings In Development, edited by psychotherapists Vivienne Lewin and Belinda Sharp, states ‘siblings are not just second editions in relation to the parents, but have a profound importance in their own right. Relationships with siblings are ineradicably fixed in our psyches.’

Dr Terri Apter, child psychologist and author of The Sister Knot, says siblings ‘know you better than anyone. They may not always admire you, but they’ll always be intensely interested in you. If you ask a sibling to describe a parent, a friend or a sibling, it is the sibling that the child will describe with most sophistication and detail, in terms of their character and habits. This is why they are so significant.’

A study tracking almost 300 men from the late 1930s to the present day has shed new light on the importance of the sibling bond. According to the Harvard Study of Adult Development, 93 per cent of the men who were thriving at 65 had been close to a sibling in their early life. The study also reports that poorer relationships with siblings before the age of 20 could be a predictor of depression later in life, suggesting that the longer we can sustain close sibling relationships in adulthood, the more it can benefit and protect us emotionally.

Think about siblings around you, as well as your own, and consider how many of them really get on well, are truly happy, harmonious and close. Chances are they are few and far between. ‘Many of my clients get on badly with siblings, which could partly be down to the family dynamics of why they’re seeing me,’ says psychologist and therapist Martin Lloyd-Elliott. ‘Even so, anecdotally, I would say only a third of people I know report getting on well with siblings.’

Classic sibling dynamics often depend on what position we hold in the family. Elder children can often feel usurped when a younger one comes along and these feelings of rivalry can last well into adulthood. Many studies show that sisters tend to be closer to one another and that the worst age for bickering – regardless of gender – is when the elder child is 13 and the second-born is 10 years old. These dynamics are further complicated if stepsiblings are involved.

‘Constant competition may well shape our life script, leading us to filter every subsequent human interaction through the distorting prism of our original relationship with our siblings,’ says Lloyd-Elliott. ‘We’re all immersed in the unique culture of our particular home situation. Inevitably, any siblings who share that environment with us have an enormous influence on our overall experience of the world and we carry this forwards, often unconsciously, into our adult lives.’

In childhood it is often easier to express those negative feelings, but as we grow older, we try to suppress unpleasant feelings such as envy and anger. This is why so many siblings drift apart. ‘I was close to my brother as a young girl, but when I was nine I was sent to boarding school while he went to a day school,’ says Karen, 38. ‘I was so jealous of the fact that he stayed at home, but I also felt guilty and found it easier to keep my distance rather than admit this to him. It’s only now we’ve both got children that I feel able to see more of him.’ Meanwhile her brother remains unaware of his sister’s intense feelings.

Maybe this is why Lloyd-Elliott reports a certain confusion among many of the clients. They are aware that there is something amiss in their sibling relationships but unable to pinpoint why. ‘People speak to me rather wistfully of when they did get on well and are left thinking, “Where did that intense relationship go?”’ For those siblings who never got on as children, there is hope of a closer relationship as they grow older, says child-development specialist Elizabeth Hartley-Brewer. ‘Boys show jealousy and hatred in a much more physical way. It does seem to go on longer but, once they establish their adult identities, they feel they are respected,’ she says. ‘There can be a lot of pretence around sisters getting on, but beneath that there is more manipulation and nastiness than you get with brothers.’

The truth is that if you really didn’t get on with your siblings, there’s only one way to change the pattern in adulthood, which is determination and the will to work it out. ‘I remember one brother and sister who came to couple therapy because they felt it was so important to restore their relationship and I found that very moving,’ says Lloyd-Elliott. Watching my own children, I can see their bond is complex and intense, full of extreme displays of frustration, resentment but also intimacy and love. For their sake, I hope they can sustain that closeness in adulthood without the rivalry that seems so second nature to them now. You may compete with your siblings all your life, but you also love them and are deeply bonded to them. We need to accept that this is the most layered of our relationships and fight to keep it alive. The intimate history that siblings share can create tension, too.

‘I see a lot of people who still have difficulty being authentic with their siblings and find it very hard to talk to them,’ says psychologist Lucy Beresford. ‘Sometimes they feel a lot freer when they’re away from the nest. This is because many adult siblings don’t know each other as well as they did as children.’

Most of us change and carve out niches to differentiate ourselves from our family, so it can feel crushing to be constantly reminded of a former self that we’ve worked hard to leave behind. ‘It infuriates me that my elder sibling still sees me as this amusing but skittish younger sister,’ says Louisa, 34. ‘She even calls me Mia – her daughter’s name – by accident, which makes it abundantly clear how she views me.’

Part of forging mature sibling relationships means getting to know our siblings all over again. There are so many advantages of sibling relationships that can and should be nurtured. ‘You’re more likely to hold the same core values, a similar sense of origin and place, and an accumulation of shared crucial moments,’ says Lloyd-Elliott, ‘as well as family history on which to build.’

He believes sibling relationships can decline once we leave home because we don’t nurture them as we would romantic relationships and close friendships. Instead, we tend to be quite fatalistic about the way we behave with our siblings and assume that’s how it will always be. ‘They shouldn’t be something we take for granted,’ says Lloyd-Elliott. ‘Every relationship requires constant nourishment, as well as mutual respect. Your siblings are no exception.’