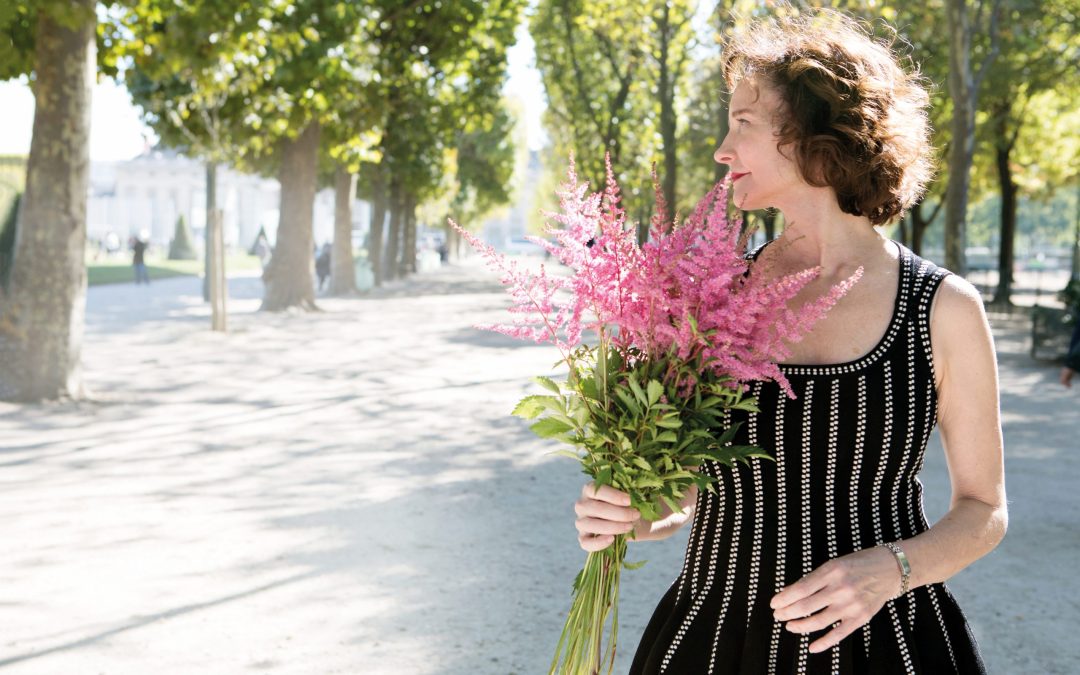 Paris beckoned like a beautiful oasis in the desert of my collapsed life. The full impact of all that had transpired over the past two years – from the sudden deaths of my father and brother within a six-week period, to walking the Camino de Santiago pilgrim trail twice, to an unexpected and unwanted divorce – had all hit me like a tsunami.

I had lived in Paris before, 35 years earlier, when I attended the University of Paris on a study programme, and had made wonderful, lifelong friends during that time. I can’t explain the need to do this other than to say my spirit called me and I needed to follow. I felt a deep soul connection to France and, for whatever reason, I felt comforted when I was there.

My love of France did not end with me. When my daughters were young, they attended the Lycée Français in Chicago. Moving to France seemed the logical thing to do after my armageddon. In addition, my youngest daughter, Sabrina, was as comfortable in France as I was and needed just as big a change after ending a lengthy relationship in Los Angeles.

Paris offered distance from our problems and a safe haven when all seemed so fragile and unclear. The truth is, I got divorced and moved to Paris so fast that I didn’t have time to plan anything. On a soul level, I knew this was a door opening for me but, on an emotional level, I knew it was possibly the most painful, scary change imaginable.

I had been married for 32 years – an entire identity, living in the same neighbourhood with the same people. Yet I knew I couldn’t grow and still be attached to the old: I had to make a choice. The countdown was on. We were packed. The car ordered. The rental home in place. Our mountain of stuff at the door.

Then the unthinkable happened. On 7 January, two days before we were to leave, two brothers forced their way into the Paris offices of satirical newspaper Charlie Hebdo armed with assault rifles. They killed 12 people and injured many others. Everyone begged us not to go and I would be lying if I said I didn’t wonder if their fears were warranted.

But I resolved to carry on with our plans and reassured them that we would be fine. I had been to Paris many times and had lived here for a year, but our new home was in the 18th arrondissement, a neighbourhood I did not know well. As our taxi drove through the streets, I could see why. It looked intense, ungrounded, and a little scary. It was a far cry from the open spaces, green parks and gorgeous buildings that one typically thinks of as Paris. Then again, nothing was typical about our arrival, especially now. I was shattered, Paris was shattered and, by the look of things, this area was shattered. We seemed to go together.

So many people have the fantasy of living in Paris because it promises beauty – it’s an enclave of all that is beautiful, including love. It provides the backdrop, and it’s up to you to provide the script; the life to match the setting. If you love yourself here, it’s a good place to be. If you don’t love yourself here, it’s a good place to learn how, or admit defeat and leave. Basically, Paris tough-loved me into loving myself again. It is the quintessential, unapologetic symbol of ‘I love myself’. A little bitchy at times perhaps, but we’ll forgive it. Paris never apologises for itself – Paris loves Paris. The self- help world declares ‘love yourself’ all the time… Well, here was the perfect place for me to learn how to do just that.

I realised from observing Parisian women that they love who they are. You don’t see Parisians walking around questioning themselves about certain fundamental rights to be happy. They expect life to be good and they expect you to love them, too. They may well still be miserable and full of angst but it’s not based on addressing the question: ‘What’s wrong with me?’ That’s not where their self-examination takes them. They are more likely to explore: ‘How can I give myself more freedom, more encouragement, more self-expression?’

The city has certainly fuelled my creativity. First, I wrote my new book, Waking Up In Paris, which is a real departure for me as it’s more of a travel memoir than my previous explorations of intuition and modern spirituality. I also met a young magician, Butzi, through friends here, and we created a video that has had 1.1 million Facebook views to date. It’s totally goofy humour and unlike anything I’ve done before.

What living here has done is freed me from any idea of ‘I can’t do that’. Many people yearn to reinvent their lives but don’t. Maybe the reason they don’t change is more a failure of the imagination than restricted circumstances. I understand this. I felt like Humpty Dumpty faced with piecing together the shattered parts of my old life, instead of sweeping them away.

But you don’t have to do anything as drastic as move abroad. You can create a new experience at home if you start to imagine you’re allowed more than the identity you’ve settled for. What I asked myself was: ‘What if I’m not that person any more? What if I’ve grown into someone else?’

I realised that I needed new circumstances: just like when you’re 21 and you have the whole world ahead of you, maybe, when you’re 45 or 50, you need to re-evaluate and ask: ‘Who am I today? What would serve my growth now, instead of contriving to stay in the old life? Loss is so ugly and dark and pitiful. Paris promised me the antidote to that – it’s the ‘city of lights’, an iconic image of resurrection. And I honestly feel that I have resurrected myself. The old life died.

Yes, Paris can be challenging, but if you meet it at the place of, ‘OK, I’m here. I’m happy. I’m not looking for anyone or anything to fix me,’ it is the most wonderful place. Everything is here to create a beautiful life. I feel healed, so now I can fully enjoy the experience of living here.

Waking Up In Paris by Sonia Choquette (Hay House, £20) is out now.