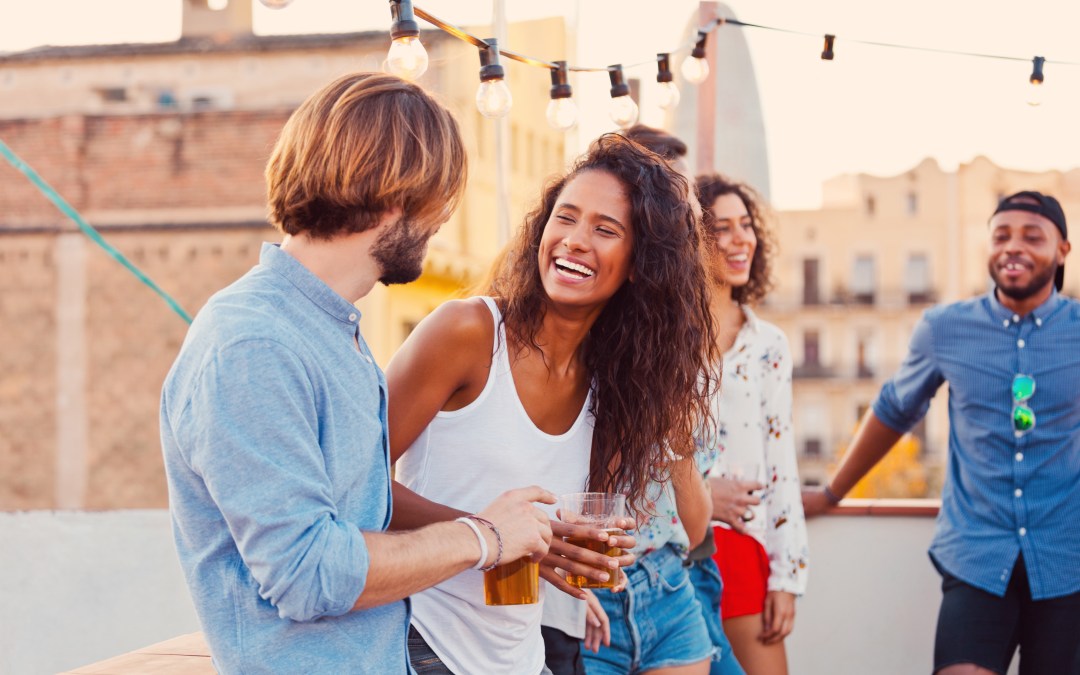 Q. I recently met a friend’s new boyfriend at a party and we clicked in an incredible way. I really had an overwhelming feeling that I had met the love of my life. We started talking and didn’t stop for more than two hours – until my friend came over and ushered him away. Now, I can’t stop thinking about him. They have only been together for a few months, and she is not a good friend – an acquaintance, really. I feel that if I don’t do something, I may be missing the opportunity of a lifetime. Should I send him an email? Name supplied

A. I struggle with the phrase ‘the love of my life’, and prefer to change the first word from ‘the’ to ‘a’. The idea that there’s just one chance here – blink and you’ve missed it – sounds like a cruel, rather than romantic, fairy tale.

Two hours is a long time at a party, but some GCSE exams last longer, and you want at least that level of knowledge about your potential partner. I’m not keen on email in these circumstances, because it’s quite a limited form of communication, without any of the non-verbal clues, such as tone of voice and body language. I would also question why you have this intense feeling and that it’s all up to you. Is this a story where you know something and he doesn’t?

Here’s one idea – invite both of them to another gathering; you could do this on social media, so it’s a completely open invitation. Their responses, individually or together, will give you another major clue.

It’s intriguing that his girlfriend waited so long before intervening in the intense conversation you were having; she could either be very confident, or quite casual about their connection. However, her attitude is not the nub of the issue here. I’m interested in exploring more about yours.

I’m sure you’ve heard – and I believe – that you need to fall in love with yourself before you do so with someone else. Professional love mentor and dating coach Elizabeth Sullivan uses an image that I really like. She says that a successful relationship is balanced – you think he’s amazing, just as much as he thinks you are. It’s like a see-saw: if your whole perspective is looking up at him, then by definition you are putting yourself down and those ‘am I worthy?’ thoughts will creep in.

That feeling of ‘the big click’ is incredible, but ‘slow burn’ is another option, as is ‘the friend I didn’t notice’. Wishing you the best of luck in your romantic endeavours.

Mary Fenwick is a business coach, journalist, fundraiser, mother, divorcée and widow. Follow Mary on Twitter @MJFenwick. Got a question for Mary? Email mary@psychologies.co.uk, with ‘MARY’ in the subject line.