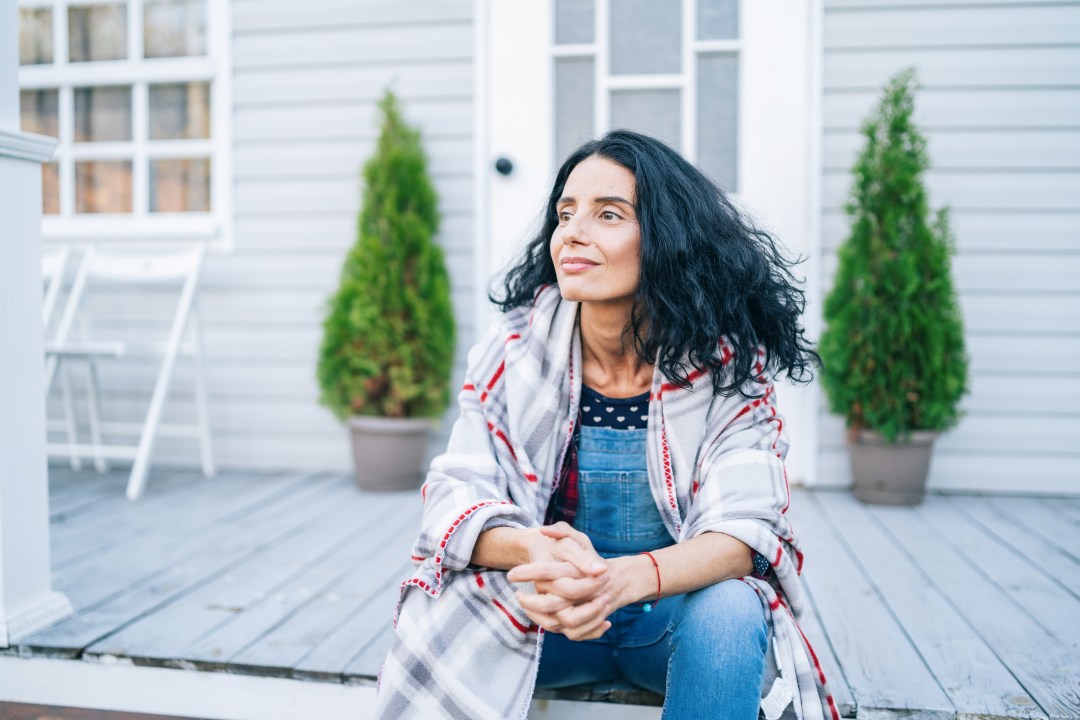 The puzzling thing about menopause, of course, is that it’s not a direct diagnosis, but a retrospective one. The moment itself, going ‘through’ the menopause (how can you possibly know that it’s the last time an egg will plop into the fallopian tube?), will probably go unnoticed and unmarked. It’s all about the years before – and after.

It’s said that more than 80 per cent of women will have some symptoms before and after the menopausal moment. They may start a few months or years before, and last an average of four years after the menopause – but they might be as long as 10 years before and 12 years or more after your last period, which adds up to a good quarter of our expected lifespan. Incidentally, the oldest recorded menopause was said to have occurred at the age of 104, which seems both unlikely and a particularly low blow.

Initially, as in my case, changes may well be vague, and get gradually worse over time. It can be near impossible to know whether you are perimenopausal, or grumpy, ill, overworked, in a bad relationship or stressed and – knowing modern women – with a permanent and overriding sense of guilt that it’s entirely, if inexplicably, your fault. That’s why ignorance becomes our enemy. Without being aware of what we might be looking for, it can take quite some time to recognise what’s actually taking place.

The psychologist and menopause specialist Meg Arroll tells me that women generally access healthcare only when functioning decreases: ‘That’s the point at which you can’t achieve all your activities in daily life. You are overwhelmed. That’s why we need public health consolidation. Women wait a long time for help, but once they have a diagnosis and the right treatment, they realise that they’ve had a few years of feeling lost, and that it didn’t have to be that way.’

This is little comfort when you’re on your knees with exhaustion and finally make a GP appointment! And, perhaps even more aggravatingly, the moment you near 50, every emotion you display is likely to be dismissed as being caused by the menopause rather than perfectly justifi ed dismay, displeasure, anger or frustration.

The menopause is genuinely one of the world’s greatest mysteries. Humans are one of only two mammalian species that go through the menopause, the others being various types of whale: orcas, belugas, narwhal and short-finned pilot whales – names that are otherwise helpful only if you take part in very demanding pub quizzes.

There are all sorts of theories as to the point of an exemption from pregnancy in the second half of our lives. Much of the animal kingdom is destined to procreate from puberty almost to the grave, so we are pretty unusual in our extended post-fertility phase, where we have time to focus on pursuits not determined by our gender. In a still-unexplained diversion from our chimpanzee ancestors, and along with those previously acknowledged whale communities, we are still fi t and well enough to live a full life for decades after our last period. Why should that be?

My favourite explanation of the menopause is – I believe – also the most likely. What’s known as the Grandmother Hypothesis was first put forward in the 1950s. This theory suggests that women have the menopause because we are so useful to society in later life.

Let’s return to our whales, who are a fine example of the Grandmother Hypothesis. They are made up of small communities headed by a ‘grandmother’. This matriarch offers evidence that the foraging, experience and hands-on help with calf-rearing supplied by mature females make their post-reproductive skills of equal value to their procreative.

In a nutshell, this is what sets us apart from the apes, dogs and cats. Post-menopausal women aren’t going to take up time and resources having babies, so they can forage, farm, help raise families or – these days – run global corporations.

Those of us who are indebted to our mothers, mothers-in-law or an older female relative for helping out with childcare, as I am, will particularly relate to the Grandmother Hypothesis. Those of you who are grandmothers, and now realise that you are vital to the survival of the human race, may be rethinking your free babysitting policy and considering some sort of minibreak.

The grandmother, argues historian Susan Mattern, is one of the key reasons humans were able to evolve successfully. Imagine this: Old women are useful! Hold the front page… though, not likely.

Either way, nature most definitely wants to keep us alive, even if society considers us redundant. It’s a conundrum.  The fact that our fertility does decline as we age is frequently argued as being a sexist point, and that women should be allowed to have babies at any time of life. But maybe we should start seeing our infertile later years less as a punishment and more as a gift? Clearly, having choice is important, but we can’t deny our biology.

We know what the menopause is, and why it may occur. So, how do we find out what to do about it? There is currently no clear path to illumination. My contemporaries may remember the slender books about sex and pregnancy handed to us by our mums in our early teens, probably rather furtively, back in the 1970s and 1980s (less so, I gather, in these more enlightened times).

I certainly wasn’t aware of a step-by-step introduction to the menopause, with easy-to-follow diagrams, but I’d be hugely grateful if my daughter was given one. For women now approaching or in the throes of menopause, knowledge is essential. Equally, for young girls, preparation for what’s to come counts as an essential part of the toolkit for life.

Until recently, there’s been no sense that women need any sort of literature or chat about the end of our fertility, even though it’s just as significant a process as the beginning. How has this happened, and especially in a world where we now talk openly about breast cancer, periods and our sex lives (to a greater or lesser degree)? You’d think that an automatic perimenopause GP meeting in your mid-30s or early 40s would be an obvious and positive step. It’s certainly part of what we should be asking for, in terms of a new, enlightened approach to women’s health – not just in regard to fertility, but all the decades beyond.

Ever since the Garden of Eden and its spare-rib fantasy, society has been in denial of the fact that women are not physically lesser beings than men, nor are they made from men’s bit parts. Women are unique, in our biology and in our symptoms. For way too long we’ve been regarded as secondary components of human (men’s) health, so female-specific conditions (aside from childbirth, in which the whole world has an interest), have been left relatively unexplored.

There clearly needs to be more focus, training and a roll-out best-practice policy for this issue, which has the potential to negatively impact the present and future health of all women in midlife.

Every GP surgery in the land needs at least one Dr Menopause. We are fortunate enough to have all manner of automatic health checks and screenings: cervical smears, bowel and breast cancer checks, and the over-40s health checks. But why is menopause not on that latter agenda? Surely it should come with a mandatory menopause update so that we know to recognise symptoms such as sleepless nights or aching joints as a possible first sign of diminishing hormones?

What we do have springing up all over the place is a change in attitude. In the past few years, menopause has landed firmly on the agenda for discussion. And we also have all the brilliant people campaigning for better awareness: Louise Newson, Meg Mathews, Liz Earle, Diane Danzebrink, Nighat Arif, Kate Muir, and groups such as The Menopause Charity, MPowered Women, Pausitivity, Henpicked, the politicians taking up the cause and, of course, the British Menopause Society. There are plenty of excellent free sources of information all around, if you only seek them out. There is campaigning for education, laws, workplace acknowledgement and more GP training. There is – in a nutshell – hope.

‘Cracking The Menopause’ by Mariella Frostrup and Alice Smellie is available to buy now (Bluebird, £20). 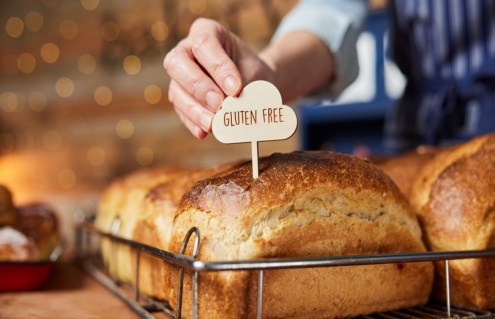 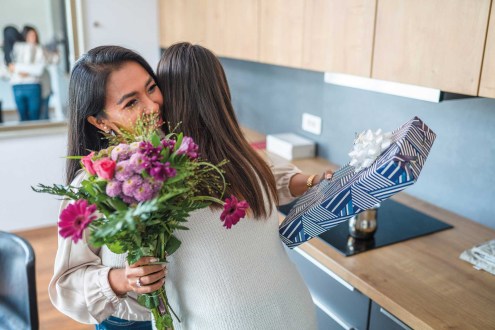 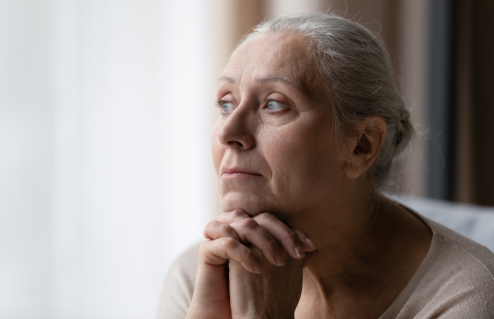 Recipes: Enjoy Nadiya Hussain’s coronation aubergine for a veggie twist on a classic

Gather family and friends and make special memories around the festive table this year with Nadiya Hussain’s
fast, fuss-free dishes