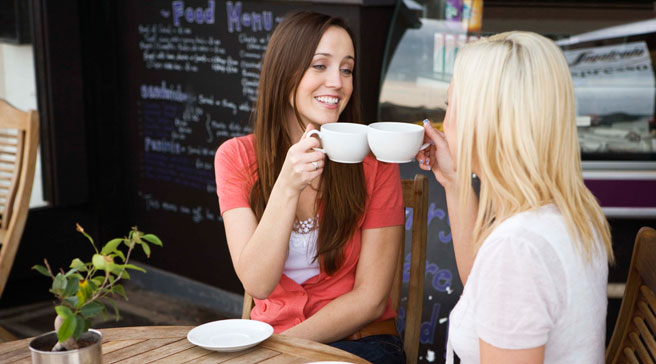 I wake every morning and embrace the ordinariness of my day. A cup of good coffee, my garden flooded with sunshine, a loving text message from my daughter, a drink with a friend.

My life has been rather dull of late – I mean that in the nicest possible way. Why are we so terrified of being ordinary? Perhaps because even the word is, well, ordinary, with its connotations of boredom. I once sat next to a man at dinner. He was bad tempered, complaining of having to be up early the next morning to fly Concorde to New York, moaning about the difficulties of life. He was successful, rich, talented, great kids, fabulous houses. In the end, exasperated, I said, ‘What exactly is the problem? What do you have left to prove?’ He looked at me and said, with commendable candour, ‘I’m terrified of boredom.’ So terrified that he was unable to appreciate what he had, or to enjoy it.

How sad is that? Surely, at some point in our lives, we have to look around and say, ‘This is enough’, rather than constantly racing after excitement – which isn’t always what it’s cracked up to be. There’s the thrilling promise of an illicit romance, only to end in anguish and despair; an escape to foreign lands and holiday sunshine, ruined by the thunder clouds of argument; that exciting new job that turns out to be as dull and mundane as the last. If we are always looking for the pot of gold at the end of the rainbow, we don’t see the brilliant glory of the sky. We miss the small, daily miracles of life. I am as culpable as the next person; patience is not one of my virtues. As a kid, I was always covered in bruises. My dad still laughs about it. ‘You were so keen to get somewhere that you kept falling over your own feet.’

We all have dreams – and so we should. Hope is a genuinely healthy emotion. The trouble begins when we invest all our hopes and dreams in the future, only to find expectation dashed by disappointment. I suspect that’s why mindfulness has become the buzzword of the moment, a practice designed to slow us down and encourage an appreciation of those daily miracles. It’s not a new idea, but I guess those ancient Buddhist monks knew a thing or two, confronting the world with untroubled brows and serene eyes.

Mindfulness as the new Botox… now there’s an idea. You start with a raisin. Well, you can start with anything, but the book I read had me examining a small, shrivelled fruit. I had to roll it in my fingers, regard it minutely and appreciate the sheer raisinness of it. Only then could I put it in my mouth, roll it around my tongue, take delight in its sweetness and texture and then, very slowly, chew it. To begin with, it was boring as hell but, very slowly, I began to pay attention to the idea of appreciation, to stop bolting down food at the same time as reading a paper, listening to the radio and making a shopping list. Some experts believe mindfulness is the antidote to obesity. If we pay attention to our bodies, to how full our stomachs are, and savour the taste and texture of food, we’re less likely to shovel down a burger or a bar of chocolate without even thinking. It’s slow going but I am beginning to take delight in the ordinary, which doesn’t seem quite so ordinary any more. God bless the raisin.