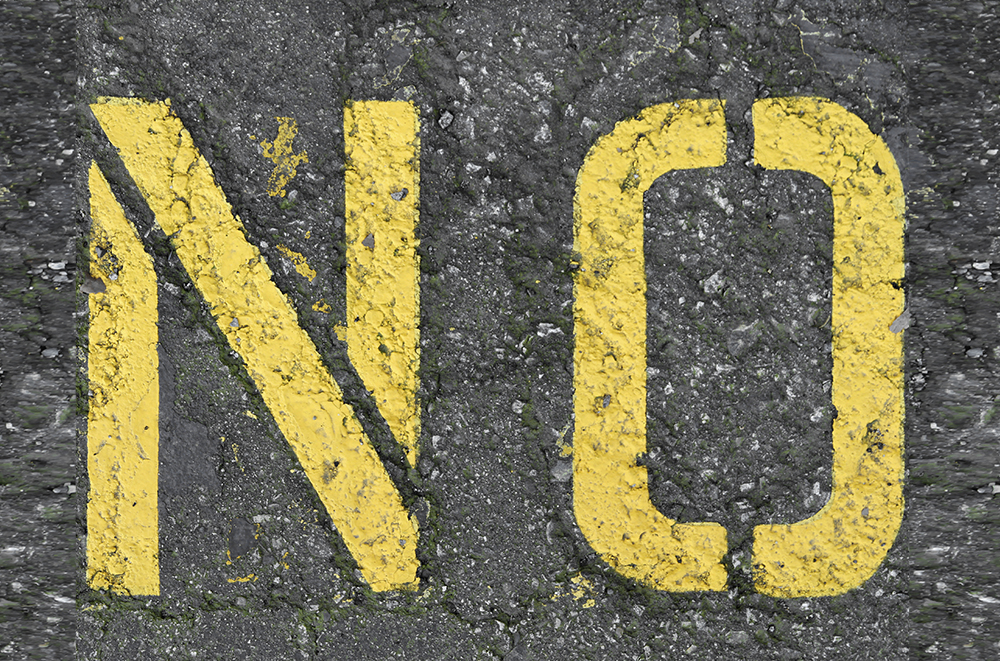 Recently, on a cold winter’s night, my friend and I waited at the train station after a long evening of networking. My legs hurt, I was tired, cold, and resolved that a nice cup of tea would make everything better (doesn’t it always?). Only a strong, steaming builder’s tea would do. I asked my friend if she wanted anything – ‘no thanks’– and ordered.

Then this: ‘The caffeine will keep you up all night,’ she said. ‘Why don’t you have a herbal tea instead? I’ll share it with you.’

Standing on the platform minutes later, unable to drink my scalding hot peppermint infusion, I was still longing for an ordinary cup of Rosie Lee. As I juggled the blistering cup from hand to hand, I offered it to my pal and she declined!

A snake of resentment slithered through me. Why had I spent my hard-earned cash on an overpriced cup of peppermint tea that I didn’t actually want? And why did I spend my energy on pleasing someone else, when it didn’t actually affect them whatsoever?

It occurred to me then that I’ve always been a bit of a people-pleaser. I’m happy for someone else to decide which restaurant we go to, even if I’m not a huge fan of Chinese. I’m usually the one who’ll drive to meet a friend on her side of town rather than have her come to mine. And, year after year, I spend money, time and energy on watching events like the London marathon, tackling the crowds to catch a five-second glimpse of a friend taking part, even though I’d rather stay at home supporting them in my PJs watching it on TV (or not), with the same odds of catching them on camera as I would in person.

I know I’m not the only one to feel like this – society is a huge perpetrator of compelling us to spend time, energy and money on things we don’t want or need. Hallowe’en, anyone?

So why do we do it? Sarah Knight, my new saviour and author of the hilarious book The Life Changing Magic of Not Giving a F**k: How to Stop Spending Time You Don’t Have, Doing Things You Don’t Want to Do, With People You Don’t Like (Quercus, £12.99) has all the answers: guilt, obligation and anxiety. Sounds about right. Now I see them written down, I deal with these little rascals on a day-to-day basis. Guilt, obligation and anxiety, explains Knight, are the reasons why we give in to doing things we don’t have time to do, with money we don’t have, and with people we don’t like.

If that doesn’t sound bad enough, Knight goes on to point out what we’re sacrificing to meet these obligations to please other people in order to spare ourselves guilt and anxiety. That being: the things you actually enjoy! That whole day at the marathon for example; the money spent travelling there and energy used trying to hop around London quicker than my friend can run it to cheer her on? That’s a lunch with my best mate. Or a Sunday afternoon yoga workshop. Or a day all to myself, binge-watching box sets with an extra £20 in my bank that will buy me a few more cocktails on holiday next month, thank you very much!

I decide there and then that I can’t afford not to get on board with Knight and the better, more peaceful and enlightened life she promises after you stop giving in to obligation, guilt and anxiety. ‘It’s life-changing,’ she says.

Who could argue with that? I vowed to make it my New Year’s resolution.

So, what to do about it? Initially, Knight makes it sound pretty simple: ‘Stop giving a fuck!’ I ponder on this. Stop giving a fuck about the marathon. Sounds easy, right? But what about the person running the marathon? My dear friend who has worked so hard to train for it? If I don’t go, I’ll upset her! And my friends will think I’m unsupportive – won’t they?

My thoughts scream at me; wringing their hands at the thought of just not caring – which, I discover as I read on, is because I need to stop worrying about that as well. ‘You need to stop giving a fuck about what other people think,’ says Knight. ‘You have no control over what others think… All you can control is your behaviour with regard to their feelings, not their opinions’. So, I’ve got to stop caring about what other people think of me not going to watch the marathon, too.

Knight’s secret trick here is to make it a difference of opinion, rather than about feelings. In this case, instead of saying ‘I can’t be bothered to hop around London watching you run the boring marathon’, which would hurt her feelings, try ‘Amy, it’s great you’re running the marathon but I don’t enjoy the London crowds so I’ll be cheering you on from home.’ This is crucial in not coming across as a selfish and awful person when you say no to said marathon/hiking weekend/Coldplay concert – usually a key worry for us people-pleasers.

What do we gain from this? The goal is to stop spending time, money and energy on things that annoy you, in order to have more time, money and energy for things that bring you joy. When I think of it that way, it occurs to me while spending time, money and mental capacity on things I don’t enjoy or care about, I could be missing out on happiness, memories and achieving things in life that I really do care about, for example, Skyping my sister who lives in Australia, or learning Italian.

We all have a limited amount of time, energy and money. Knight describes this as our ‘fuck budget’. The first step in starting to care less, Knight explains, is to decide what to and what not to spend our budget on in the first place. She advises starting with ‘things’: for example, I do not give a flying fig about Chinese food, ironing or designer watches. These are inanimate things that do not affect or offend anyone else; a fun starting point and surprisingly liberating.

Then, move on to work. Perhaps you don’t give two hoots about office dress codes. I personally realise that I couldn’t give even one hoot about my 25,000 unread emails (yes, really). Then come friends, acquaintances and strangers. And finally, family, often the biggest minefield of all. But, as we know, we cannot change what other people think; only what they feel.

As I start small, being honest with myself, listing all the things I am and am not happy to spend my ‘fuck budget’ on, I realise it’s all about choice. I’m more than happy to drive to the other side of town to see my friends; it’s a ‘fuck’ well spent. But I’m not happy to eat Chinese when we both like Italian. I ask myself for the first time why I am choosing to spend so much of my mental energy worrying what other people think about things I want to spend my time, money and energy on. As I start to let things go, care less and give fewer hoots, damns and monkeys, life feels easier. Lighter. The pressure in alleviating myself of even a few tiny ‘fucks’ is immense.

As I start to move on to bigger fish, deciding what I want feels liberating and exciting, but I find it hard to stop worrying about what other people think at first. After a lovely dinner out with friends, I decide it’s time to go home. As I book the taxi, I catch myself worrying what they’ll think about me leaving early. But on the way home, I realise this process is about valuing myself as much as I value other people’s opinions. The people who love me would only want what’s best for me. And it’s not about putting my needs before others but putting them alongside others, and importantly, at the centre of my own life. 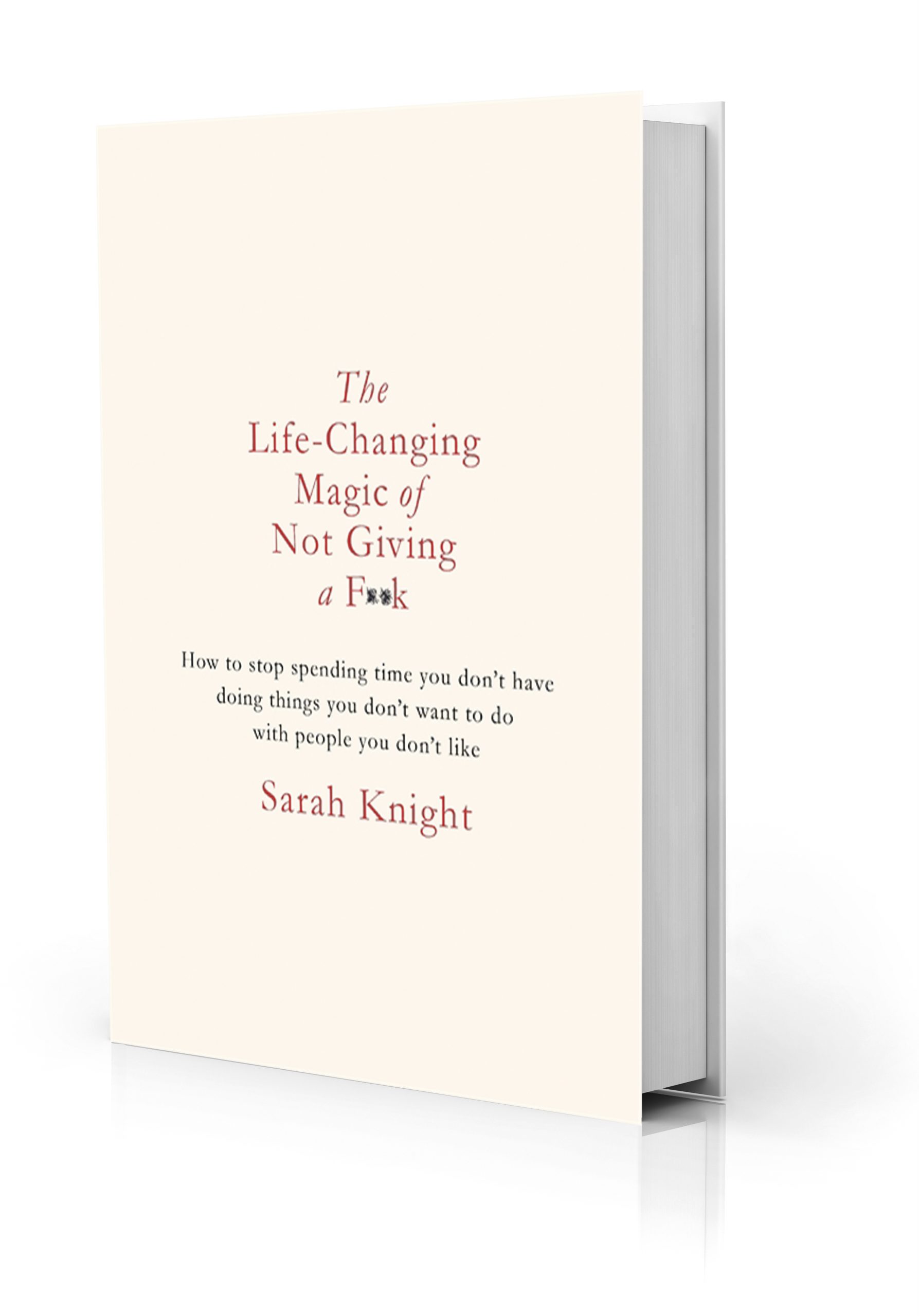