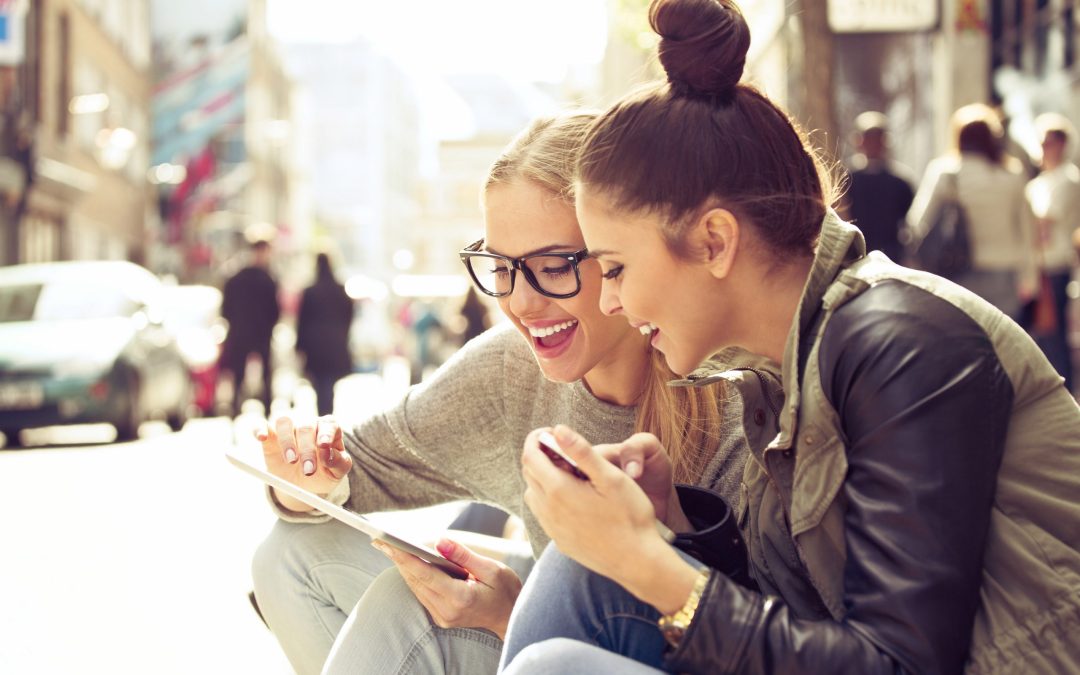 The work-related Christmas party was at a city hotel and I took the lift to the third floor. Inside was a man I did not know and, for a moment, we stood awkwardly, not acknowledging each other. I noticed he was wet and asked if he got caught in the rain.

‘I got soaked,’ he smiled, ‘but you seem to have dodged it…’

‘I came via the secret tunnel that connects the hotel to the park,’ I filled him in on the bit of trivia I had gleaned while looking up directions to the venue, ‘so Victorian guests could go directly outside for their morning constitutionals!’

He laughed, the doors opened and we set off to mingle. Later, I bumped into him at the bar and we started chatting. It turns out he was the travel editor of a magazine I’d always wanted to write for and he offered me work. A fly on the wall might have dismissed the idle banter in the lift as small talk, but it was more than that – it was the forging of a connection that led to something more.

We mock small talk – even the name is pejorative. People dismiss it as lightweight and insubstantial but that’s like dismissing the fuel on which aircraft run as unimportant. Small talk is the oil that lubricates ‘big talk’. Without it, there would be no great romances, friendships, business deals or successful diplomatic negotiations.

Let me suss you out

‘Small talk can be a frivolous end in itself or the warm-up act to a big conversation,’ says Catherine Blyth, author of The Art Of Conversation (John Murray Press, £10.99). ‘It is the phase of familiarising yourself with somebody, exchanging light topics, gauging one another’s point of view and sense of humour and mapping your common ground… Then you can dig deeper.’

That’s easier said than done. I used to dread parties or any other gathering that required small talk. I still recall my humiliation at a work event where someone asked what I did – when I replied, ‘I’ve got small children,’ they walked away, uninterested in me.

My breakthrough moment came when I realised that most people feel the same – the fear of appearing so dull that it renders others mute. I also learned that you simply need to take a breath and say something about the weather. Your words, after all, are only a small part of what’s going on.

‘What we are doing is taking the temperature, seeing whether someone is friendly and telling them that you are friendly,’ says psychotherapist Philippa Perry in her Tedx talk ‘The beauty of small talk’. ‘When we say something like, “Isn’t it cold?” we are saying: this is a question – I want you to agree because I’m assessing how agreeable you are.’

If you dread the thought of someone judging you for not saying something earth-shattering, remember that most people will be glad you’ve broken the ice. When they ask how many children you have, they are just keen to show that they’re friendly and interested.

Of course there can be more to small talk than that. I began my career as a radio reporter. To set the sound levels of the recording equipment, I had to hear my interviewee speak. I started with the fairly innocuous: How was your journey? What did you have for breakfast? Then I found that if I asked them something more engaging – whether they’d seen a good film or read a good book lately, they opened up to a greater extent during the interview.

It’s not by accident that hairdressers ask clients about their holidays. People’s answers say something about them. Pose the right question or make the right light remark and it helps create a connection with someone. ‘What are you doing for Christmas?’ my hair stylist asked me this month. I told her we were spending it with my mother and that it was her first holiday since Dad died. She told me that she had lost her father a couple of years ago and Christmas was painful, especially for her mother. We shared our experiences and she hugged me. We are only a few brief exchanges from becoming closer to another person.

But small talk isn’t only for strangers – it’s the glue that binds families together. We think of it as chatting under these circumstances but it’s part of a conversational ritual in which we broach big subjects though small ones.

‘Have you worked out who’s doing the sprouts yet?’ queried my husband when I ended ‘yet another’ phone call with my sister about Christmas dinner.

‘It’s not about the sprouts!’ I replied.

The practicalities had been sorted out. What we were actually talking about was how we felt about family time without Dad. We had talked about missing him, now it was easier to keep in contact via parsnips and sausage rolls.

‘What we are saying is not the point,’ says Perry. ‘It’s not the content, it’s the process. It’s about staying close. Small talk is the ritualised way that we do it.’

It is also a way to offer support. One of my husband’s friends has been going through a tough time, but my husband never asks him how he is doing. He has, however, spent a lot of time with him, sipping beer and bemoaning the football. Small talk allows us to transition from one thing to another, to ease in and out of situations and scale down stressful ones.

The mistress of small talk is the Queen. How many dignitaries has she put at ease by finding a way into a conversation? How many of those people are visiting on important state business? Small talk is as much for matters of state as it is for passing time at the bus stop.

‘The most serious discussions must begin somewhere,’ says Blyth. ‘Lead small talk successfully and you are at an advantage. The initial mood influences the tenor of the interaction. Jokes, enquiries, smiles and frowns set a tone and are powerful. They yield clues about a person’s mindset and intentions, and can subvert them too.’

To write this, I came to a local cafe and, when I paused to stare into space, the person at the next table made a remark about the ambience of the place. We had a chat and I returned to my work with renewed purpose. Our exchange was of no real importance but it made me feel part of a working community – and I miss office camaraderie.

In a study at the University of British Columbia, participants were asked to seek an interaction with a barista in a coffee shop, while others were told to keep their exchanges efficient. The results revealed that those who chatted reported more positive emotions, suggesting that interactions with others, however peripheral they are to our lives, are essential for our wellbeing.

So, the next time a person makes a remark about the weather, don’t dismiss it as meaningless – small talk puts the world to rights as much as big talk.

The rise of the Goddess

Here we interview Xanthe Gresham-Knight, author of Goddesses and Heroines: Women of myth and legend on how to harness our own Goddess energy.

The rise of the Goddess

Here we interview Xanthe Gresham-Knight, author of Goddesses and Heroines: Women of myth and legend on how to harness our own Goddess energy.