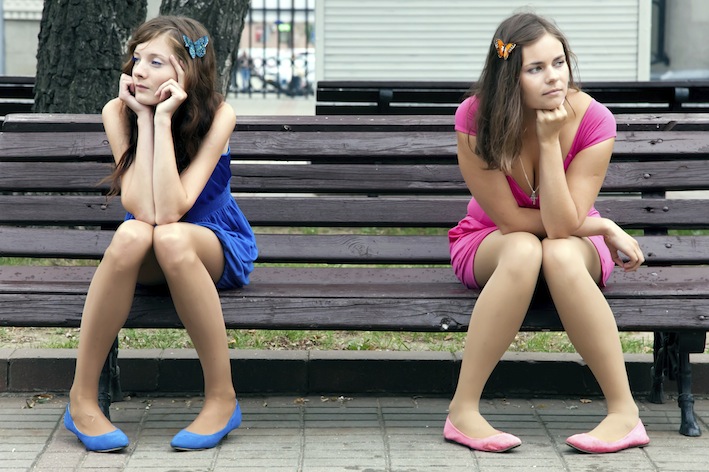 My twin sister and I are about to turn 30, but we don’t get on. She thinks I’m demanding and that I hate pretty much everything about her. I think she’s self-obsessed and creates too much drama. We can’t even seem to have a conversation without it erupting into an argument because there’s too much history of resentment. I’ve tried to let it go and start afresh, but her constant bad behaviour towards our family makes it impossible. She ignores me every time I try to suggest that we go to counselling together. I don’t want to give up on the possibility that we could be closer, but I can’t see how things could ever improve. Is there anything I can do? Name supplied

Thank you for a question that has prompted fascinating conversations whenever I have shared it. It seems to be an incredibly common story to have a certain person in our family about whom we think ‘if only X was different, it would all be OK’. If you appealed for testimony, I’m sure you would get any number of witnesses in my own family to talk about my bad behaviour, too. I imagine that all of this is particularly intense as twins, and there may be part of you that feels your sister represents your face to the world as well.

Please may I gently challenge some assumptions in your letter? First, I wonder about the timing. Is turning 30 supposed to usher in some magical age of peace and tolerance? You share that birthday, but is there any way of celebrating the fact that you are different people, and not just defined by being twins?

Secondly, I’m uneasy about the idea that your sister’s behaviour is impossible to ignore. We are not amoebae; we do have a choice. What exactly happens if you just watch or listen, but don’t act? Who says that it’s always your job to defend others? These are the words that I say to myself when I become aware of being pulled in to something I don’t like: ‘let go of the rope’.

Thirdly, I don’t know why any counselling needs to be together. If we think of this as a chemical reaction beyond your immediate control, then each of the elements, separately, affects the equation as a whole. If you hold on to the power of changing yourself, that will change the interaction with your sister.

I have mentioned Kristin Neff before, and the idea of self-compassion. I often listen to her guided meditations on the free Insight Timer app, and her soft American accent has become embedded in my brain. When she says ‘you’re an imperfect being’, I hear it as ‘you’re an imperfect bean’ and I think of the embryo we see on antenatal scans, which does look like a tiny broad bean.

You and your sister began as beans together. You had no choice about that, but you do have choices now. If you are open to the idea that counselling might help, and you are willing to give it a go, that is all you need. Find a therapist or counsellor through the British Association of Counselling and Psychotherapy, particularly humanistic or integrative approaches.

Wishing you a very happy birthday, and a fabulous next 30 years.