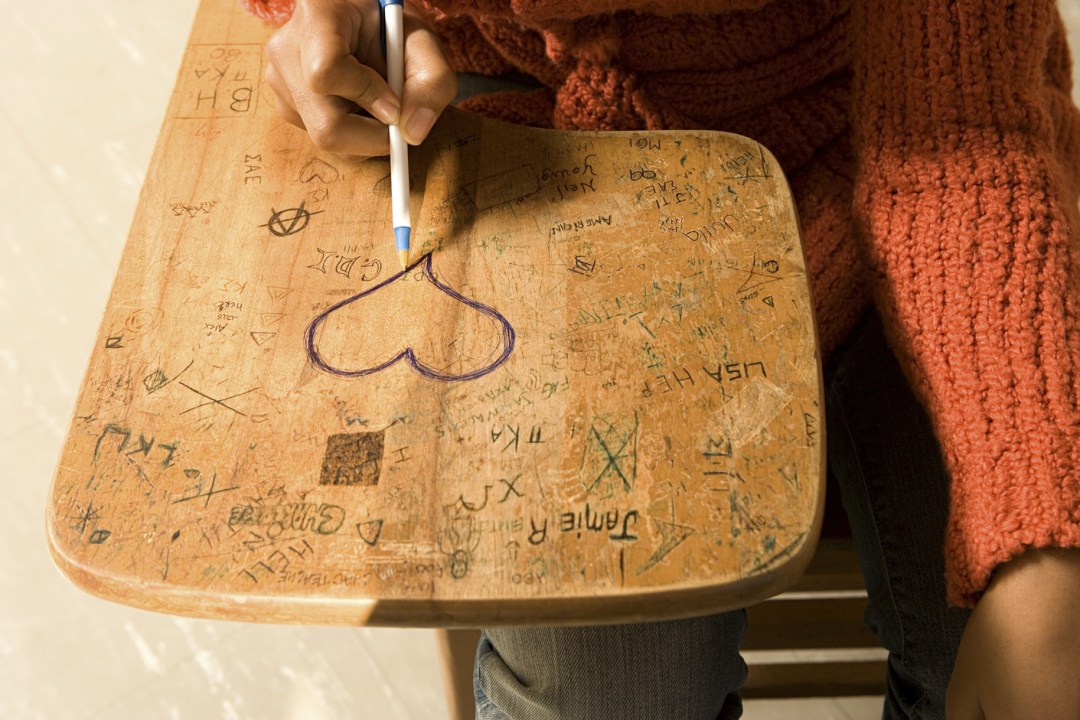 Recently, I dated someone for a while. If you knew me, you’d know that this is quite an achievement. I don’t really do ‘dating people for a while’. It seems to be either one date and never again or several years of monogamy, in my case. I’ve given much thought over the years as to why this is, and feel that now I’ve finally worked it out: I suffer from Fear of Uncertainty.

Take the scenario with Harry* (the guy I did manage to date for a while). We met at what could have been an excruciating matchmaking day out (just us two and my friend and her husband) and yet, it wasn’t excruciating at all. I liked him. And the feeling seemed to be mutual. In retrospect, I wonder if I was so stunned we’d got this far (in my experience, the older you get, the harder it is), that I didn’t think more about our compatibility. So far, so normal.

But then we spoke on the phone, and I felt the uncertainty take hold. We didn’t gel as much as I’d hoped; for example, I’m chatty, whereas he was comfortable with silences that made me break out in a sweat. ‘But you need someone calm,’ friends said. ‘Also, men are rubbish on the phone; you should meet in person.’ And so we did, and it was nice, but slightly strained. I just wasn’t sure.

Now most people would think, ‘of course I’m not sure, we’ve only been on one date!’ If there was even a glimmer of potential (which there was), they’d simply do that thing that I have never been able to do, which is to ‘see how it goes’.

Instead, I began to repeat the pattern I follow at the beginning of almost all potential relationships: I became a mass of anxiety. What if he’s not right? What if I let him down? What if I get hurt? I would get sweaty palms before I rang him. My instincts were telling me to run, to finish it right now – then I would at least know the outcome.

This, I have since discovered, is classic ‘fear of uncertainty’ behaviour, and if you’re a natural worrier, chances are you suffer from it, too. Researchers Michel Dugas and Robert Ladouceur have found that a core feature of worry is the inability to tolerate uncertainty. Some worriers even say that they would rather know for certain that the outcome will be bad, than be left in suspense.

I am optimistic, even reckless in many areas of my life; it is relationships that cause me anxiety, being unsure of what people are thinking, hurting people or being hurt.

Psychologist Susan Quilliam says I’m not alone: ‘People suffer from it in relationships most because having that bond with someone is so crucial to our wellbeing. The stakes are high and, therefore, so is the fear.'

People tend to react in one of three ways, she continues: ‘They run, cling or object – they carry on but with secret resentment building, finding reasons that this just won’t do – for example, he only put one kiss on his text or he didn’t say the right thing. It’s a form of sabotage. You have to learn to relax. Relationships are always going to be uncertain, especially at the start when you have doubts and don’t know how to be with one another. You are still learning.’

She recommends ‘the 90-day rule’. ‘Treat the relationship as a certainty for 90 days,’ she advises. ‘This gives you the time to calm down if you are panicking, and it’s likely you’ve both stopped being on your best behaviour and are feeling more relaxed.’

And so I did – I carried on dating Harry. And it was odd, but by learning to ‘sit with the feeling,’ I learnt so much: that you don’t actually die worrying about the unknown and that it can even be exciting.

Watch Becky Walsh's How to stop fear stopping you on LifeLabs