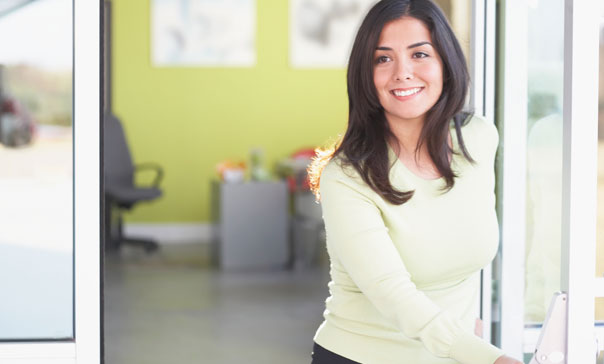 Heather Marshall’s friends often joke about her charmed life. She always has a story about an interesting person she has met or a new place she has discovered. She loves her job as assistant to an acclaimed theatre director, which she claims she fell into thanks to a chance meeting.

You might attribute Heather’s good fortune to luck, her optimism or her extreme determination to succeed. But the real secret to her success is a particular personality trait: her curiosity.

‘On the surface,’ says Professor Todd Kashdan of George Mason University in Fairfax, Virginia, ‘curiosity is nothing more than what we feel when we are struck by something novel.’ Kashdan is the author of recently published Curious? Discover The Missing Ingredient To A Fulfilling Life, in which he outlines the many different ways we benefit from cultivating a curious outlook. We tend to dismiss curiosity as a childish, naïve trait, but it can actually give us profound advantages.

Crucially, curiosity helps us approach uncertainty in our everyday lives with a positive attitude. ‘Although you might believe that certainty and control over your circumstances bring you pleasure, it is often uncertainty and challenge that bring the longest-lasting benefits,’ says Kashdan.

Heather’s ability always to meet the most fascinating person in the room is down to her insatiable interest in new people. Her first ‘chance meeting’ with her boss wouldn’t have lasted more than two minutes if she hadn’t asked him about his work and discovered a shared love of a particular playwright.

When Kashdan began his studies, surprisingly little research had been conducted on curiosity, but it is closely linked to the personality trait of openness. Of the five personality traits most commonly used to describe our characters, openness is the most consistent predictor of our creativity, our ability to embrace new ideas and our professional success.

In an analysis by Professor Dean Keith Simonton of the University of California, openness was a hallmark trait of the American presidents judged most effective (George W Bush exhibited the lowest openness scores). Curiosity, though, is about more than keeping an open mind. Curious people are ‘seekers’ — they not only enjoy new experiences, but actively look for challenges that will stretch them, whether that involves making new friendships, learning new skills or pushing themselves to do their best work.

‘Everyone has an idea of what curiosity feels like,’ says Kashdan. ‘But we forget that we can start searching for novelty even in things we think we know all about, like the person we’ve been married to for 20 years. By wielding that strength actively, we can create a more fulfilling life.’

If we are stuck in a job we hate, or a relationship that may have strayed off course, the question of fulfilment is never far from our thoughts. ‘This kind of restlessness seems to affect so many of us,’ says counselling psychologist Jacqui Marson. ‘In part, I think it’s because it’s easy to lose sight of what truly sustains us, and where the true meaning in our lives should come from.’

But putting curiosity at the heart of everything we do means we experience daily life in a different way — we ‘discover the unfamiliar in the familiar’, as Kashdan puts it. ‘One way of looking at it is that curiosity is a fundamental part of mindfulness,’ he explains. ‘Each of us experiences moments every day that we can explore or ignore. Whether we view our curious states and feelings as openness, flow, intrinsic motivation or a search for meaning, curiosity is at their core. They all involve feeling receptive to experiences that offer more than what is already known.’

We are all born with boundless curiosity, but as we grow older, a battle springs up between what Kashdan calls the ‘anxious mind and the curious spirit’. Our instinct to explore is tempered by our desire to conform. We stop asking questions, because we learn that it makes us look stupid. We stop putting ourselves in positions where we are open to uncertainty — and therefore vulnerable.

But in our pursuit of a secure and comfortable life, we lose sight of what really drives us. ‘It begins in compulsory education,’ says Kashdan. ‘When we train people to follow rules, we stop them listening to their own instincts. We stop asking, What am I excited by, what am I motivated to pursue?’

People with the greatest fear of the unknown — those of us who suffer from a ‘hyper-avoidance’ of distress — tend to be the least open, or curious. But cultivating a curious attitude can help to curb our general anxieties.

Harvard psychologist Ellen Langer designed a study that neatly highlights how being curious can transform anxiety. She asked a group of volunteers to give unprepared speeches to an audience, and at the same time randomly assigned them to one of three groups. The first group was told not to make mistakes because ‘mistakes are bad’. The second group was told that any mistakes they made would be forgiven. And the third group (in the so-called ‘openness to novelty’ condition) was told they should deliberately make mistakes, then incorporate those mistakes into the speech itself.

The speakers in the last group not only declared themselves more comfortable, their audience also rated them the most composed, effective and intelligent of the three.

Langer’s experiment demonstrated that if we can shift our focus from what scares us to what interests us, our inhibitions fall away. ‘Anxiety and desire are two sides of the same coin,’ says Kashdan. ‘I met a biologist who was fascinated by frogs but scared of dark and enclosed spaces. She was in a quandary, as there is a certain cave where an endangered frog species was recently found. The opportunity to answer a host of questions excited her. Her excitement was so strong that she pushed herself to make the trip into the cave.’

So how can we become ‘seekers’ ourselves, and develop a more curious attitude? ‘The first thing to do is recognise the moments you feel uncomfortable,’ says Kashdan. ‘When you’re avoiding a situation, it’s a good sign that there’s something novel there, something uncertain, and you can take advantage of that to experiment.’ For many of us, conversations with strangers are a particular source of awkwardness, so this is an excellent place to start.

The secret, says Kashdan, is not just to talk to someone new, but to make an effort to talk about something you are genuinely interested in. ‘Talk about something that would never come up in conversation unless you brought it up. Start with, “I don’t know where this is coming from, but I was thinking about this just yesterday…” These are the conversations that are energising, the ones that we all want, yet the ones that everybody avoids.’

Even better, our curiosity can be contagious, and helps to strengthen our relationships. ‘One of my favourite findings is that when people take an interest in the things we do, when they ask us lots of questions and behave as if they are genuinely curious about the things we love, they light up,’ says Kashdan. ‘The extent to which we are curious about our loved ones is a better predictor of the love and commitment we feel for one another than whether that person is there for us in hard times. This is a fascinating finding, because at present it’s not a social skill we focus on. But we can learn…’