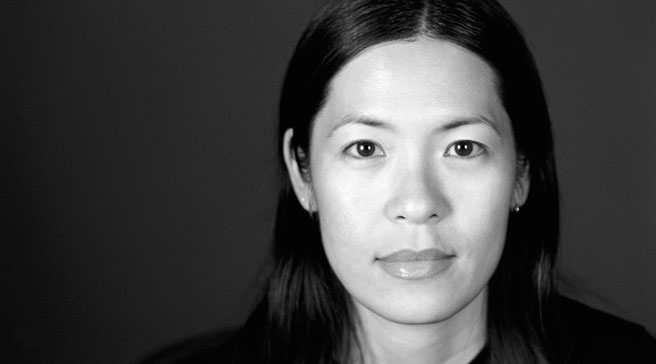 Marie, 36, had a loving husband and a baby, but was unhappy, and felt she didn’t really know who she was anymore. ‘I’d just given birth to my little girl,’ she says. ‘I felt disconnected from my body, which had changed so much during pregnancy, and was extremely insecure. So I signed up for a self-image workshop.’

There were 30 participants. The first day began with an exercise called ‘The crystal ball’. ‘Each person in turn had to stand silently in the middle of the room. The others, sitting down, had to give their first impressions of that person. When it was my turn, they all said that they felt I was hesitating between two stages – a chubby, awkward adolescent, and a young woman comfortable with her curves. I felt so completely transparent that I burst into tears.’

So is the impression we give always accurate? Can others ‘read’ us, even if we don’t want them to? And what about the way we see others – what does the image we get of them say about us? There are plenty of books that promise to decode people’s body language and personality, but they aren’t really worth reading, according to the psychiatrist Antoine Pelissolo. ‘No one can read minds, but any reasonably attentive individual can get a feel for another person,’ he says.

Psychotherapist Corinne Fischer regularly uses the crystal ball exercise in her therapy groups and is often struck by the insight it provides. ‘Our first impressions are informed by very astute, raw perceptions – smell, posture, tone of voice,’ she says. ‘So many factors come into play before we even exchange words.’ The ability to judge others is linked to our instinct for self-preservation, which tells us almost instantly whether someone is a friend or an enemy, a threat or an ally. Our brain makes a judgement in a tenth of a second when it sees a new face, according to a study led by the Princeton University psychologist and researcher Alex Todorov. Before there has been any time for reflection, we decide if the person is attractive or repulsive, friendly or hostile. Our opinion of them develops from the emotion that this meeting arouses, says Pelissolo. This judgement is ‘almost instant,’ he says. ‘We only need a few milliseconds. The brain makes it, even before it identifies the gender or the appearance of the other person.’

But can we trust these snap judgements? ‘Research has found that first impressions are surprisingly valid,’ says Daniel Kahneman, psychologist, Nobel laureate and author of Thinking, Fast And Slow. ‘You can predict very quickly whether you like a person and if others will.’ However, first impressions are not perfect, and making a quick decision about someone can have consequences.

‘If your first impression is a mistake, it can take a while to realise this, as your expectations tend to be self-fulfilling,’ says Kahneman. ‘When you expect a certain reaction you are likely to perceive it even if it isn’t there.’ That’s why it is important, when making these judgements, that we do not allow our assumptions to take over, says life coach Nina Grunfeld, founder of Life Clubs. ‘It is too easy to judge people on what you know, within your specific frame of reference,’ she says. We apply our own emotions to our perception as well.

Rosa, 40, clearly remembers the sadness that was radiating from Samuel when she first met him. ‘I realise now that this is what made him so irresistibly attractive to me at the time,’ she says. ‘I was also feeling lost and in a bad way, but I was hiding it better.’

Our feelings, neuroses and moods are all liable to influence our impressions of others. ‘When feeling depressed, we become quite indifferent to everything,’ says psychologist and psychoanalyst Vincent Estellon. ‘First impressions cease to exist. Everything becomes lacklustre.’

This means that we stop picking up on other people’s cues, because we’re marooned in melancholy. We can also be misled by the emotional context in which an encounter takes place. Two researchers at the University of Waterloo in Canada demonstrated this – in a happy atmosphere, we tend to judge a face with a negative expression positively; conversely, when we are immersed in a dismal atmosphere, a happy, lively face can provoke a negative reaction.

Of course, some people are also simply better judges than others. ‘I tend to trust everyone instantly, whereas others will keep their guard up for a long period of time,’ says Grunfeld. It is important to look at the whole body, rather than just the face, as body language – how someone walks, sits and holds themselves – can tell us a lot. ‘If I’m hiring people, I ask someone else, who has that ability to judge quickly what people are going to be good at, to join me in the interview,’ she says. When trying to make a good first impression, we can unintentionally be misleading. Very anxious and shy people develop defence mechanisms to mask their perceived frailties. Rather than reach out to others, they put up barriers to protect themselves from a potentially aggressive and dangerous world. The first impression they give is not necessarily false; it just reflects the small aspect that they are revealing about themselves. There’s no universal solution for making a good impression.

But in day-to-day situations, basic aspects such as how you look, how you present yourself and eye contact are what make a difference. ‘Apart from that, you must accept that you’ll never fully know how other people see you,’ says Grunfeld. ‘You can only hope that you’re putting yourself forward in a good light.’ Pelissolo agrees. ‘It is impossible to control the image that others have of us, as it is so subjective,’ he says. He recommends being as true to your emotions as possible. And Fischer goes further, saying, ‘To honour the initial relationship that you develop with people, you must be authentic. Listen to your gut instinct and act on what it is telling you.’ Of course if there are cues for showing trustworthiness and likeability, then they can be faked. But faking sincerity is not easy. ‘The decision to fake it in order to make a good impression is likely to be picked up as such,’ says Kahneman. Be confident in who you are and then be true to that. Be conscious of your feelings without necessarily having to spell them out. In fact, the best way to avoid misunderstandings is to stop worrying about making a good impression.