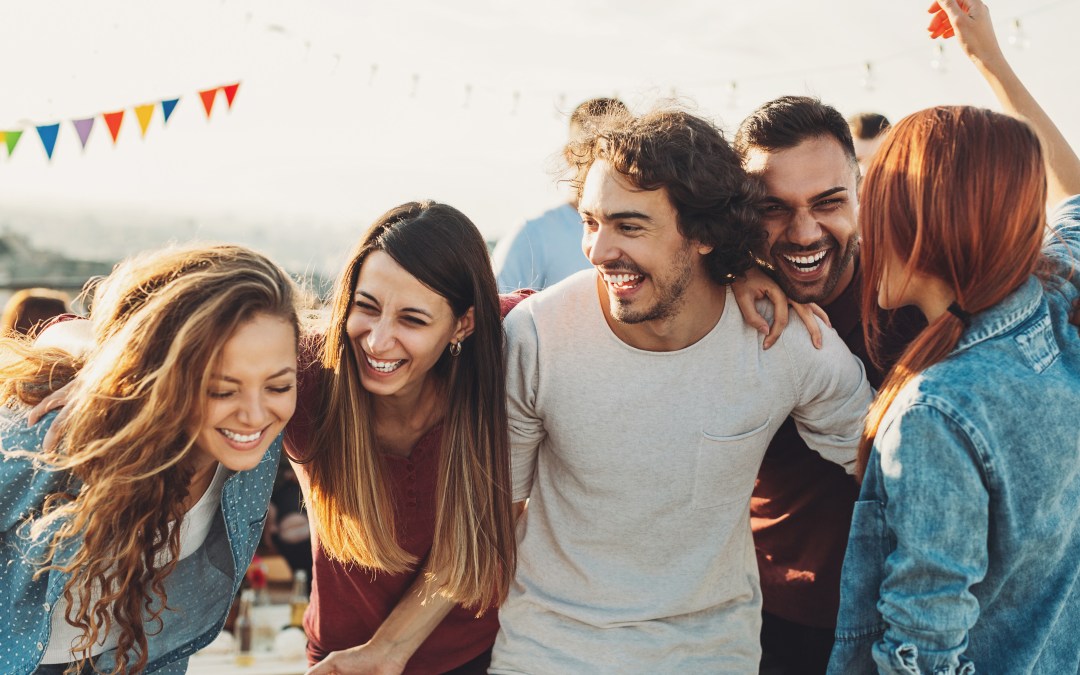 Anita investigates a new study by the Royal College of Music and Imperial College London, with Tenovus Cancer Care, about the healing power of singing in a group, and urges us all to have a go.

Sometimes a seemingly inconsequential decision can have a transformative impact on you. Five years ago, I signed up for my office choir, despite the fact that I hadn’t done any singing (except for the odd Adele number in the shower) since school. I’m still not sure what prompted me to do so. Perhaps it was the promise of wine and crisps, or the fact that I’d started working for a new company. Certainly, my life had fallen into a state of stasis both socially and career-wise and, although I’ve always been a passionate consumer of music, my Spotify playlist featured the same old mix of indie guitars and the odd torch song.

At that first session, I felt sure everyone was staring at me when I haltingly cheeped out a few lines of Carol Of The Bells with the other altos. Was I singing too loudly, too quietly, completely out of tune? I soon realised that no one was paying me any attention at all, because everyone was too busy focusing on their own part.

One thing I discovered immediately was that singing gives you an instant feel-good fix, similar to a runner’s high, but without breaking into a sweat. Not only that, a choir offers a rare opportunity in these screen-focused times to connect with others non-verbally. There is something profound about blending your voice with others that feels almost tribal, providing a sense of belonging and community that is often lacking in big cities. The fact that I have added Mozart and Maria Callas to my Spotify playlist is an added bonus.

It was with great interest that I read about the pioneering work being done by Tenovus Cancer Care and its network of Sing with Us choirs. Originally set up by a group of 10 businessmen to help a friend who’d had an accident, Tenovus has focused on cancer research for the past 30 years.

It first embraced choirs after a successful team-singing exercise at its own headquarters. The sense of camaraderie and wellbeing suggested a choir might be an ideal alternative cancer support group. To this end, in 2010, it set up the first formal group in Pontypridd. Together with a team from the School of Healthcare Studies at Cardiff University, they set about measuring health and wellbeing before, during and after the choir’s three-month pilot period.

The results were impressive, revealing statistically significant improvements in social function, mental health and a reduction in perceived pain. It also reduced anxiety and depression among those who had previously suffered with those conditions. After successfully securing lottery funding, Tenovus now has 15 choirs across Wales and two new choirs based in London.

‘The London choirs were set up next to The Royal Marsden hospital sites in Chelsea and Sutton, as part of a new research study,’ explains Tom Dyer, community development officer at Tenovus. ‘We want to see whether singing for a sustained period of three to six months will increase the impact on hormones and duration of positive effects of being in a choir.’

Dyer believes that the biggest benefit members get from attending is that it helps them overcome the sense of isolation that often arises when dealing with cancer.

‘People will say they feel tired and lonely, but they’ll make the effort to go to choir and they’re so glad they did. Choristers say it’s like being part of a big family. We perform throughout the year, because it gives an aim and a structure to the sessions. But this is not a big sob story about, “Oh look at all these cancer sufferers singing.” The cancer becomes a secondary thing to the choir, it makes them more than their diagnosis.’

It’s the sense of community and being involved in a common goal that makes being part of a choir such a meaningful experience. ‘It’s not all enforced positivity either. Yes, having a boogie and neon feather boas have their place. But, equally, I’ve seen people shed a tear and the person singing next to them will offer them a simple pat on the shoulder or hand them a tissue. Singing in a choir makes it OK to be emotional when things are rubbish,’ says Dyer.

Although the choirs are open to anyone affected by cancer, the London choirs involved in the new research are particularly seeking members from six different groups, explains Daisy Fancourt, research associate at the Centre for Performance Science, a partnership between the Royal College of Music and Imperial College London.

‘The study will focus on people with breast cancer, prostate cancer, colorectal cancer, people who care for a cancer sufferer, those who have lost someone to cancer in the last two years and, finally, people who work with cancer sufferers. But anyone can join and you can sign up for the control study even if you can’t make the choir.’

Fancourt specialises in the impact of arts on health and points out that there’s a popular misconception that you can ‘prescribe’ culture like a pill. ‘There’s no precise dosage. Joining a choir is not like taking a tablet. What it offers is an amazing social opportunity to perform, join flash mobs, involve your mates and put you in experiences you might not have had otherwise.’

She cites research by University of Iowa psychologist, Susan Lutgendorf, who identified three crucial ingredients in cancer intervention: social support, emotional expression and benefit finding. ‘It’s the latter that’s fascinating. It’s hard for people to talk about cancer having a silver lining, but people do say that one benefit they can name is they wouldn’t have joined a choir otherwise,’ says Fancourt. London choir leader, Nina Lainville-Richardson, has witnessed first-hand the impact the Tenovus project has had on members.

‘One lady came along who was extremely shy. Her shoulders were hunched and she didn’t say much, but after a few weeks she was the most open, smiley person. Another woman had just learned that her nine-year-old granddaughter was back in hospital because the chemo hadn’t worked. She was devastated, but was able to channel her feelings into the music. In a choir, you are creating something beautiful with all of those difficult feelings.’

The onus is on songs that offer a musical challenge, not just happy-clappy numbers. ‘One of our favourite songs is Wade In The Water. You can pour how you’re feeling into it: sorrow, happiness, anger or relief after you’ve got the all clear from your doctor,’ says Lainville-Richardson. She believes that the common strand of being affected by cancer impacts on the music they create. ‘This is the first Tenovus choir I’ve set up and it is very different from the other choirs I’ve worked with. The atmosphere is more intense, but in a beautiful way. People are making a conscious choice to be there and some travel several miles to participate. They’re going through challenging times, and you can sense that in their singing.’

Every week the format is the same; half an hour of tea and biscuits and then an hour of singing. You don’t need to audition and there’s no sheet music to read. ‘Singing in a choir is about learning to blend your voice, listening to others and knowing how you fit in,’ she says.

If you live in the Greater London area and have been affected by cancer, or know someone who has, we’re asking for your help to participate in the study. To sign up, visit rcm.ac.uk/cps/singwithus.

Unsure whether a choir is for you? Come along to the Psychologies choir event on 14 June at Conway Hall in London to give it a try. If you want to set up your own choir, email tom.dyer@tenovuscancercare.org.uk.

If you or someone you love has been affected by cancer, Tenovus can offer help and support. To find out more, call the free Support Line on 0808 808 1010