Psychologies works with selected partners who pay to promote their products and services. Learn More 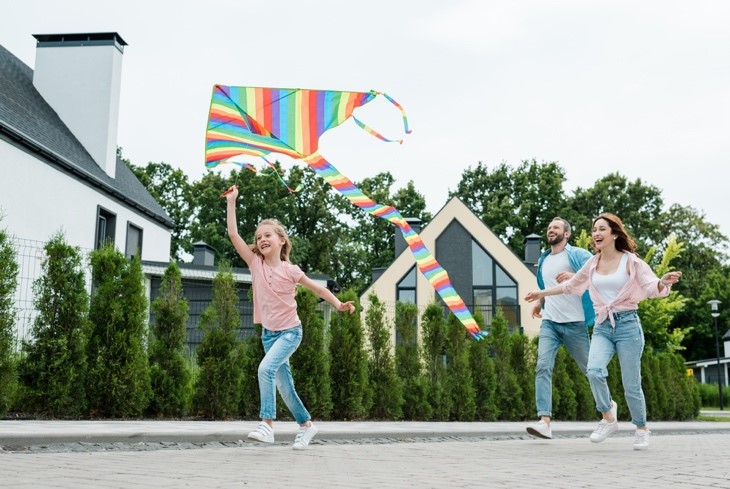 As a foster carer, living in the countryside, I often have to explain the country code and also road safety common sense to children and teenagers who stay with me, where they can and can’t go, what is safe. Especially if they have been town dwellers and have never been to the countryside.

Returning home once from a shopping trip that the 15 year old lad had declined to partake in, having asked if he could go for a walk instead of joining me on my trip, I rounded the corner, to see him walking along the white lines! Now there aren’t many white lines on our country lanes, and I was bemused at what he was doing. Luckily the road was very quiet, so I pulled along-side him and asked.

He said, “Well you told me to face the traffic and I wasn’t sure what you meant.”

I was sure I had explained it – but what he had actually heard me say was, “Walk facing the oncoming traffic”.  What? How confusing is that? Whichever way I walk, if there is traffic, and I’m facing it, then it will be oncoming.

I think what I should have said is ‘Walk on the same side of the road as the oncoming traffic”. Ah well. My intention was good. I explained the reasoning behind it, and he carried on homeward, walking at the side of the road.

But it got me thinking about other silly things people say. I was “googling” as you do…. And I came across some information about really outdated laws that have never been changed and they made me smile!

Did you know that it’s illegal for MPs to wear a suit of armour in the Houses of Parliament?

Or that it is illegal to gamble in a library?

Many outdated laws have been changed since the ‘The Law Commission’ was set up in 1965. But there are many that still haven’t! Perhaps because they are so irrelevant to us today, that no-one would ever have the need to even look for them these days. There are some really interesting ones…..

Have you ever seen notices telling you not to trespass? Well apparently, trespassing is okay for some people, namely by huers and baulkers.  According to an act passed in Cornwall in the early 1600’s, huers and baulkers were given access to stand on the cliff edges along the coast, whereas everyone else was banned from trespassing here. A huer is a person who stood on a cliff during herring-fishing in order to signal to the fisherman at sea which way shoals of herrings or sardines passed.  And a baulker is apparently a person who refuses to comply, so presumably because the huers wouldn’t obey the trespass laws, this is why they were made exempt from them. I don’t think not complying would make us exempt from the law today!

Interesting! I will have to try that one when I’m out with my dogs trespassing along the coastline next!

If you are of a certain age, you may remember playing some seemingly harmless children’s games… I remember once my brother and I using the phone book to call people, saying “Hello Mrs Smith”, (or whatever the name entry in the phone book was,) “Is that you on the line?”  And on getting an affirmative response we would then answer, “Well I’d get off if I were you, there’s a train coming!

We thought it was hugely funny back then! We must have been very bored in those days!

But knocking on someone’s door and running away is actually illegal under an 1839 law which makes it an offence to “wilfully and wantonly disturb any inhabitant by pulling or ringing any doorbell or knocking at any door without lawful excuse”.

And here’s a fishy one. Under the salmon act of 1986 it’s illegal to handle salmon in suspicious circumstances. Well, good luck with that one!

On the subject of alcohol, the licencing act of the 1870’s states that you can’t operate a cow, horse, or steam engine while drunk.

Oh, and by the way, it’s against the law to shake a rug or carpet on the streets of London, according to the Metropolitan Police Act of 1839.

And another Metropolitan Police Act states that you can’t carry a plank along the pavement.

Or fly a kite on the street

Or slide on ice on the pavement!

Belinda is an Ollie Coach and Foster Carer. Previously a Primary School Teacher, she now has over 20 years’ experience working with children. Her interests are psychology, how we think and why we behave as we do, and she loves learning and writing.  Belinda enjoys seeing the difference her work as an Ollie Coach can make to the children and families she works with.

To find out more about Ollie and his Super Powers and how to become an Ollie Coach go to https://www.ollieandhissuperpowers.com/pages/about-us

Co founder of Subconquest Ltd, that trades as Ollie and his Super Powers. My many years of commercial experience is being put to good use managing the business side of Ollie, including working with our Ollie Coaches, and managing our contracts. In everything we do its about making a difference to those we work with. To find out more go to https://www.ollieandhissuperpowers.com/pages/about-us