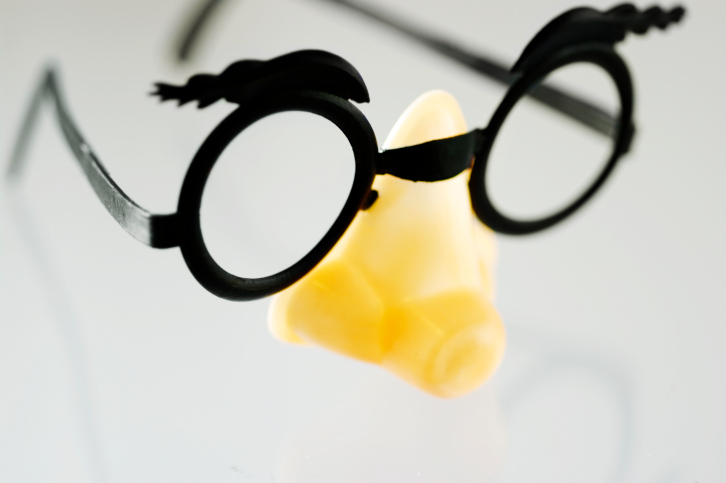 I own a remote-controlled fart machine, which I find endlessly hilarious. I put Whoopee cushions in my young son’s party bags. And when I found a fake dog turd in my bedside table last week I thought a) how funny and b) I was wondering where I’d put that.

Charlie Chaplin once said that ‘a day without laughter is a day wasted’ and I agree, which is why it’s such a tragedy that we are, apparently, going through a ‘laughter recession’. According to a 2012 survey, the 2010s so far rank as the least fun decade in the past 60 years.

The average adult now laughs just 7.2 times per day compared to children, who manage up to 400 times per day. I agree with psychologist Anjula Mutanda, who describes the statistics as ‘shocking’. ‘That will never be me!’ I declared when I read about our endemic seriousness. But sadly, at times, it already is. While others may cite lack of money (55 per cent) or work pressures (30 per cent) as the main humour thieves, I’m personally pointing the finger at mental health.

I know when I’m starting to feel unwell because I begin to lose my sense of humour, both my appreciation of funny things and my capacity to amuse. An ex-partner once said, ‘One day you find something funny, the next day you don’t. I don’t get it.’

I now realise it was because I was unwell with depression and, latterly, bipolar. Dr Nick Stafford, consultant psychiatrist at the Leicestershire Partnership Trust specialising in anxiety and mood disorders, says this humour loss is ‘probably a dimension of “anhedonia” – an inability to enjoy the things you usually enjoy, experienced during depression’.

Personally, I think it also has diagnostic qualities, ones that enable me to track my own illness and wellness. I feel that humour loss is both symptomatic of impending depression and a bellwether of my declining wellness. When I start to think, ‘Not funny’, I know I’m beginning to wobble. Conversely, when I start to quip to excess and find the world 4-D hilarious, I know this could be the start of a wobble but in an upwards, hypomanic direction.

Either way, I know it’s time to look after myself. Nine hours-plus sleep for three nights sets me back on track. But one of the best ways to restore my humour balance is to watch familiar funny TV scenes. At that point, new comedy is too challenging and risky – what if it’s not funny enough and I end up even more depressed? And so I return to old, familiar stuff, like The Office, The Vicar Of Dibley or Miranda, and in it I find a miracle salve.

I now see those moments not as times of weakness as I probably used to but as a chance to usher myself back towards normality. As I sit under a blanket watching old episodes of Friends – Joey trying to speak French still does it for me – I feel my humour replenishing, I see the absurd in things and the world becomes well once more.